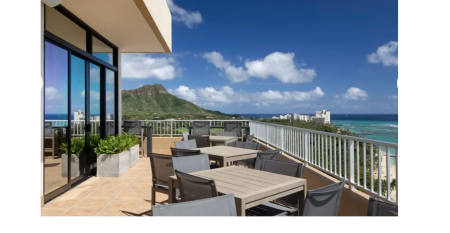 Hawaii Incentive Property Refreshed and Rebranded
Jan 31, 2023
The former Aston Waikiki Beach has undergone a full renovation and is now The Twin Fin.

Convene Opens High-End Location in Midtown Manhattan
Jan 30, 2023
Day-meeting company partners with law firm to manage and market conference space, including a hall with a 270...

Las Vegas Races Toward a November Finish Line
Jan 26, 2023
Event venues around the city are gearing up for the global audience that F1 and Super Bowl LVIII will deliver.

New Ritz-Carlton to Debut This Summer in Portland
Jan 23, 2023
Located in the hip West End district of Oregon’s biggest city, the 251-unit high-rise property will have more than 16,000 square feet of meeting and event space.

Drury Plaza Opens as an Official Disney Property
Jan 17, 2023
At the site of a former Lake Buena Vista resort, Drury has expanded and upgraded and now offers more than 600 guest rooms.

Luxury High-Rise Hotel Plans a Summer Opening in Dallas
Jan 10, 2023
The boutique Hôtel Swexan will have 12,000 square feet of meeting space on one floor of the 22-story property.

Sheraton Fort Worth Begins Big Refresh
Jan 06, 2023
With the city’s convention center planning a significant expansion, the nearby Sheraton is in the midst of a big upgrade of its own.
Load More