News, tools, and resources for planners of global events 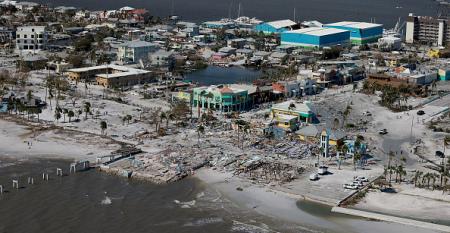 Hurricane Ian Damages Florida’s Peak Meetings Season
Sep 29, 2022
From Naples to Orlando, hotels and infrastructure took a beating that will take some areas weeks, months, or even years to fully recover...

Caribbean Incentive Destinations Take Brunt of Hurricane Fiona
Sep 20, 2022
Puerto Rico, Dominican Republic, and Turks and Caicos were all in the direct path, while Bermuda braces for what...

EIC Announces 2022 Recipients for Its Hall of Leaders, Other Global Awards
Sep 08, 2022
13 industry veterans will be honored in Las Vegas in October for their significant contributions to the meetings and events industry.

Atlanta Event Cancellation Linked to Gun Laws
Aug 02, 2022
A music festival planned for the city’s Piedmont Park has been scrapped, reportedly as a result of ambiguities around the organizer’s right to ban guns.

Gun Control: It’s in Your Job Description (or Should Be)
Aug 01, 2022
Asking the right questions and creating a clear policy will give you the ammunition to control firearms at your meetings.

European Air-Travel Woes Affecting Incentives
Jul 12, 2022
In one case, five chartered jets with more than 1,000 program participants had to fly to Kerry, Ireland, 160 miles from Dublin...

Gun Laws Are Getting Looser: 4 Ideas to Protect Your Meeting
Jun 24, 2022
With the Supreme Court’s decision to expand gun rights, the likelihood that attendees will be armed could increase.

Feds Eliminate Covid-Test Requirement for International Air Travelers
Jun 10, 2022
After months of lobbying by the U.S. Travel Association, the Biden administration relaxes the rules for vaccinated travelers flying into the U.S.

Venue Ventilation: Reasons for Planners to Pay Attention
Jun 06, 2022
A meeting designer used a carbon-dioxide meter in all the spaces he moved through while attending a recent conference. What he learned could help other planners as they make sure they are fulfilling their duty-of-care obligations.
Load More