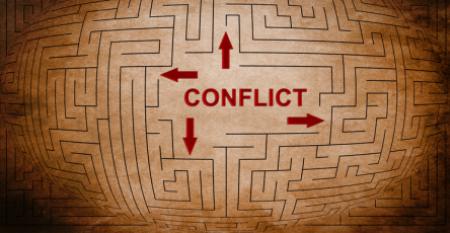 A New Kind of Meeting Offset
Feb 02, 2023
SocialOffset.org helps organizations and their meeting attendees counter the effect of laws in a host destination that they oppose...

Uber and Taxi Drivers Clash in Cancun
Jan 27, 2023
Violence between the factions has led the U.S. Embassy in Mexico to issue a new travel warning for the area.

Risk Management Gets a Boost: Customizable Event Insurance Debuts
Jan 10, 2023
A new insurance product allows organizations to choose which costs and revenue streams are covered, and under...

CES Imposes Covid Restrictions for Chinese Travelers
Jan 03, 2023
The U.S. will add testing requirements for travelers from China, Hong Kong, and Macao starting January 5. CES has moved that deadline up by four days.

New Privacy Regulations for Event Data Coming in 2023
Dec 16, 2022
If the way you handle attendees’ information doesn’t meet the EU’s GDPR standards, it may not meet some U.S. state’s standards being enacted in 2023.

Get Comfortable With Diverse Dietary Needs
Dec 13, 2022
A meeting expert suggests a more inclusive outlook on F&B diversity for the new year.

Whirlwind Planning for Post-Hurricane Meeting in SW Florida
Oct 28, 2022
With less than three weeks to adapt, planner Katie Wegerski had to make fast decisions about BHG Financial’s big customer event in Naples. But in the end, both her attendees and her executives were happy.

Hurricane Ian Damages Florida’s Peak Meetings Season
Sep 29, 2022
From Naples to Orlando, hotels and infrastructure took a beating that will take some areas weeks, months, or even years to...

Caribbean Incentive Destinations Take Brunt of Hurricane Fiona
Sep 20, 2022
Puerto Rico, Dominican Republic, and Turks and Caicos were all in the direct path, while Bermuda braces for what’s coming...

Atlanta Event Cancellation Linked to Gun Laws
Aug 02, 2022
A music festival planned for the city’s Piedmont Park has been scrapped, reportedly as a result of ambiguities around the organizer’s right to ban guns.

Gun Control: It’s in Your Job Description (or Should Be)
Aug 01, 2022
Asking the right questions and creating a clear policy will give you the ammunition to control firearms at your meetings.

Gun Laws Are Getting Looser: 4 Ideas to Protect Your Meeting
Jun 24, 2022
With the Supreme Court’s decision to expand gun rights, the likelihood that attendees will be armed could increase.
Load More