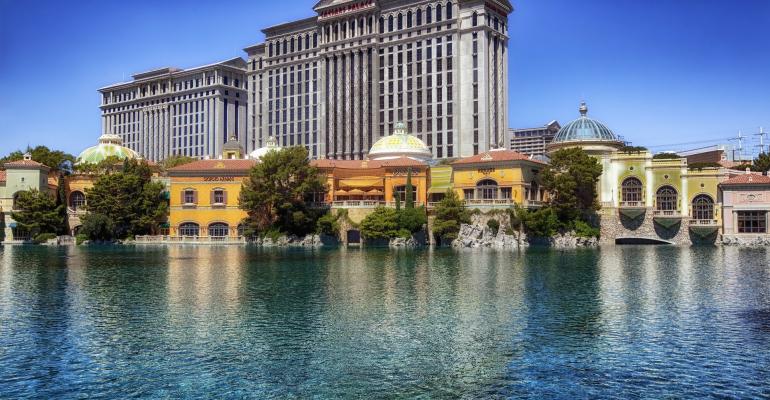 Caesars to Be Acquired by Eldorado in $17 Billion Deal

Eldorado Resorts management will lead the combined company, but Caesars Entertainment properties will continue to operate under the iconic brand.

Reno, Nev.-based Eldorado Resorts, which owns 26 properties in 12 states, is acquiring Caesars Entertainment’s  34 casinos and resorts in nine states, in a cash and share agreement that will create the largest gaming property company in the U.S.

Eldorado will pay $12.75 per share for a 51 percent stake in Caesars and assume almost $9 billion of its long-term debt. It will also take over the leases on three Harrah’s resorts in Atlantic City owned by Caesars’ real estate company, Vici Properties.

The joint entity will be led by Eldorado’s Chairman Gary Carano and CEO Tom Reeg from its company headquarters, but Caesars properties will continue to operate under the better-known Caesars brand.

Reeg reassured rewards members in a statement on the merger, “As with our past transactions, we have a detailed plan for significant synergy realization. Relative to our prior acquisitions, the combination with Caesars presents attractive incremental revenue synergy opportunities as we plan to strengthen Caesars Rewards, the industry’s leading player loyalty and CMS database, and combine it with Eldorado’s to market to over 65 million rewards customers nationally.”

Jim Hunt, chairman of Caesars Entertainment, said in a press release, “This announcement is the culmination of a thorough evaluation by the Caesars Board of Directors. The Board unanimously concluded that the combination of these two companies creating an even stronger entity is a decision for our shareholders’ consideration and vote for immediate and ongoing value.”

Caesars owns 39,000 hotel rooms in properties including the recently renovated Caesars Palace; Paris, Las Vegas; and some of the other biggest venues on the Las Vegas Strip, as well as new properties in Dubai and a new, nongaming brand, Republic. Eldorado has a portfolio of 12,000 hotel rooms in properties such as the Tropicana resorts in Atlantic City, N.J., Laughlin, Nev., and Evansville, Ill., and the Lady Luck and Isle of Capri brands. The combined company will make the largest hotel chain in gaming centers in the U.S.