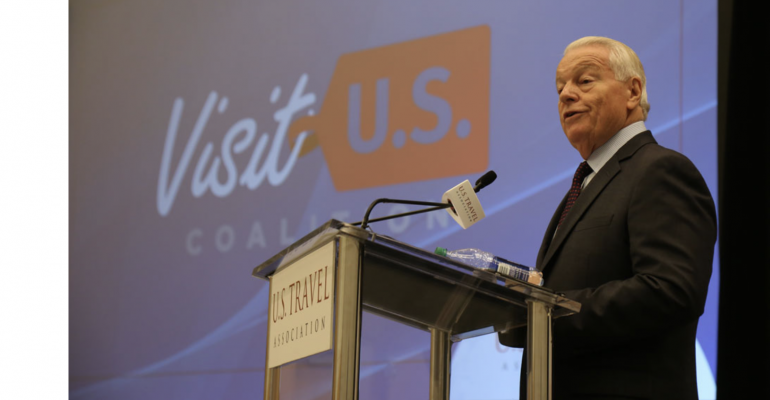 Strategic Messaging at a Critical Moment

The leader of U.S. Travel congratulates President-Elect Biden, emphasizes the progress of Covid-mitigation tactics, and reiterates the need for financial relief for travel and hospitality firms.

In a November 7 statement regarding the election of Joseph Biden as President of the United States come January 2021, U.S. Travel Association CEO Roger Dow expressed congratulations on behalf of the organization’s members. He also stressed that the federal government should move along with Biden’s stated objective to help the industries most harmed by the Covid-19 pandemic.

Given that the travel and hospitality industries account for “more than one-third of overall U.S. employment, policies to promote relief, stimulus, and recovery for travel businesses are integral to a U.S. economic turnaround,” Dow wrote.

Underscoring this point was Mark Hoplamazian, CEO of Hyatt Hotels, who told last week’s virtual International Hospitality Industry Investment Conference that two-thirds of hotel owners say that without increased traveler demand or federal aid coming soon, they will have to lay off more workers and some owners of business-travel-heavy urban hotels might have to close their doors for part of 2021.

Dow wrote that “we share the emphasis expressed by the President-Elect on combatting the spread of Covid-19 while building economic growth. The right combination of technologies and behaviors already exists to allow the restart of travel without compromising health and safety. Making rapid and reliable testing more widely available will be a key element of an even broader economic reopening.”

One possibility: If Abbott Labs is able to provide tens of millions of its Binax NOW nasal-swab rapid self-test to the general public by the start of 2021—the company said in October that would be the case—then the coming year might turn out to be more conducive to in-person meetings than many planners and suppliers had expected.

Further, two days after Dow’s statement, there appeared to be notable progress in the fight against Covid-19 and for widening the path toward resuming business travel. On November 9, Pfizer announced that results from an early trial of its Covid-19 vaccine found it to be 90 percent effective. Also, President-Elect Biden announced a 13-person Covid-19 task force that he said “will help shape my approach to managing the surge in reported infections; ensuring vaccines are safe, effective, and distributed efficiently, equitably, and free; and protecting at-risk populations.” Specifically, the task force will consult with state and local health officials on how best to prevent coronavirus spread, reopen schools and businesses, and address racial disparities that have left communities of color harder hit than others.