Mid-size In-Person Meetings: How They're Being Done

Two examples of October events that demonstrate the potential for a broader return to face-to-face. One not-so-secret strategy: using outdoor spaces.

Though the latest trends show an uptick in Covid-19 cases nationwide, some organizations are going to great lengths to bring people together for education and networking, and doing it successfully. 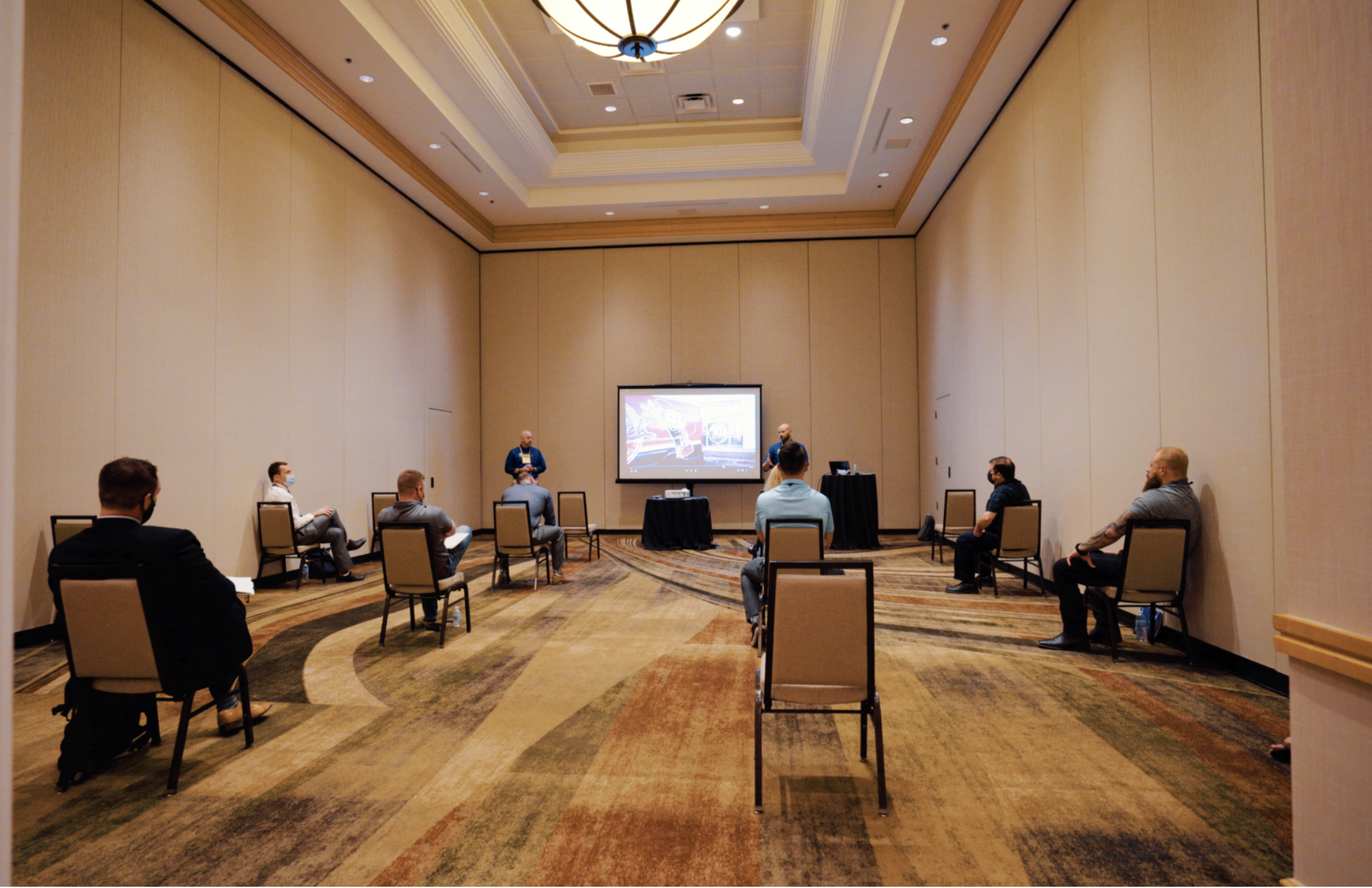 It was the first conference of this size for the property since the pandemic dramatically reduced both business and leisure travel starting in March. James Anderson, director of sales and marketing for the resort, notes that the breakout sessions were spaced across three ballrooms with high ceilings to enhance air ventilation. Hands-on participation by attendees was not possible this year, so they heard from subject experts during breakouts and then participated in extended Q&A segments during a few panel discussions. Both the presenters on stage and the audience were seated in a socially distanced manner.

The resort also allocated extra staff to observe attendees outside of sessions in order to ensure social distancing in and out of restrooms and wherever else queues might form; floor signage assisted this effort.

Meals took place on a lawn adjacent to one ballroom, while refreshment breaks were spread across both indoor prefunction space and outdoor patio space. Dining tables were 66-inch rounds seating only four people each, while buffet stations had catering staff serving portions to attendees from behind plexiglass.

Anderson said that “all attendees respected the protocols and the event went smoothly.” And Anna Rasmussen, event director for Nexstar Network, added that “the hotel team worked side-by-side with us to ensure all safety procedures were followed so that attendees had both a productive event and a safe one.”

Meanwhile, another mid-sized in-person event took place in the opposite corner of the Sonoran-Mojave desert basin in late October. Third-party planning agency ConferenceDirect was the first group to use the new CAESARS FORUM in Las Vegas, bringing 130 people to its annual partner meeting that normally is held in May for 900 in-person attendees. In addition to the in-person audience, several hundred more participated online this year.

Even with more than 400,000 square feet of indoor function space, ConferenceDirect’s planners chose to hold some F&B functions on the 100,000-square-foot outdoor plaza (artist's rendering of a larger group here) that’s adjacent to the 550-foot-tall High Roller, the world’s tallest ferris wheel. Mary Sanchez-Quigg, ConferenceDirect’s vice president of global accounts who oversaw the event-planning effort, noted that the firm had to wait for Nevada’s governor to raise the attendance limits on group gatherings less than 30 days ahead of ConferenceDirect’s meeting to be certain that it could still take place.

Interestingly, exhibitors were brought on site for the event but met with attendees by appointment rather than on a free-flowing show floor. Further, exhibitors were able to alternate between in-person, one-on-one meetings and videoconference sessions with virtual attendees during show hours.