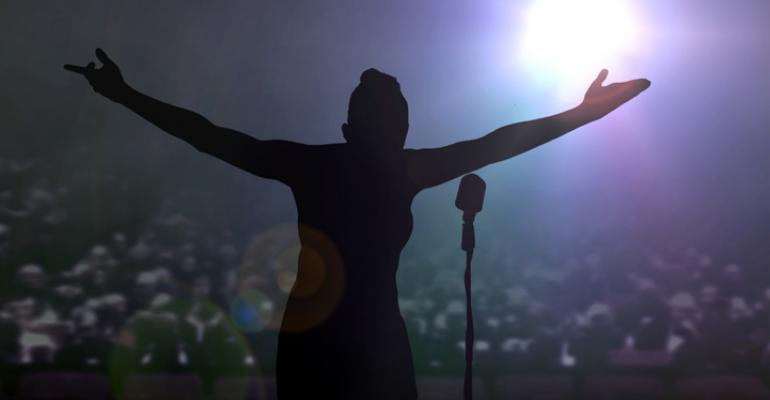 To the uninitiated, booking speakers or headline entertainment for a meeting or incentive program might seem like the least of a planner’s worries. But the reality of bridging the corporate world and the entertainment world can be tricky, with the possibility of lengthy riders, big egos, and unexpected cancellations all adding complexity to the relationship.

Three experts in the field—Tee Nuchai, director of client services for Hopkins Entertainment; Lisa Warren, partner at Speak Inc.; and Adam Kahan, senior vice president at Empire Entertainment—shared their advice during a panel discussion hosted by the Financial and Insurance Conference Professionals.

Negotiate buyouts where you can. A buyout is a flat fee the client pays for the talent’s airfares, ground transportation, and per diems, and sometimes guest rooms as well. “That will make everything smoother, and it puts the arrangements back on them,” said Nuchai. Kahan agreed, noting, “That’s the only real way to cap some of the rider expenses. It’s a really good tool if you’re budget focused because then you know what certain costs are going to be.” One piece of advice: Don’t police the buyout. For example, if the buyout amount is based on the assumption that the speaker will book a flight from L.A. to Las Vegas, but then he or she decides to drive, you can’t go back and renegotiate. That might not feel great, but most organizers agree that the benefits of knowing their costs ahead of time outweighs the risk.

Be comprehensive. “Slow down and think about everything you might want in the offer” and everything that will be important for the speaker or entertainer to know, advised Warren.  If you want a meet-and-greet as part of the appearance, include that. If the event will be outside on a beach, note it up front. If the stage is going to be smaller than what the performer usually requires, say it. After signing the contract, it’s often more difficult to get speakers and entertainers to agree to your terms. On the other hand, notes Warren, if your wish list gets too long, some speakers and entertainers will balk, so be reasonable about what you’re asking.

Request the rider in advance. Once you’ve narrowed down your list of possible entertainers, you can ask to see their riders so you can compare their terms and know what you’re up against. You don’t have to agree to everything. Headliners often provide a 50-page “arena rider,” and don’t take the time to pare down their needs to be practical for a private performance.

Understand why one speaker can be different prices at different agencies. Most speakers set gross fees, which means the bureau takes their commission from the gross fees. But there are others who will not give a commission, so speaker bureaus add a commission on top of the fee. That’s where you get a variance: One bureau may add 15 percent while another adds 20 or 25 percent. The variations can be based on the bureau’s policies or their relationship with the client. For example, a bureau that books a lot of speakers for a particular organization may lower its commissions due to the volume of business.

Beware of cancellation clauses. Many contracts allow a speaker to cancel for “overriding professional obligations.” These clauses, said Warren, “are very prevalent, and they’re very hard to omit.” They’ll almost always in contracts with comedians who want to protect themselves if an opportunity for a television appearance comes up, as well as anyone in the media world who could get called in as a commentator if a big story breaks. The best thing to do is to talk to your speakers’ bureau about how risky the booking is and whether the speaker has a reputation for cancellations. Entertainers, too, will often have a clause that allows them to cancel up to 30 days out without penalty. These clauses are equally hard to strike from a contract but can sometimes be negotiated to 60 or 90 days out. Work with the bureau or agency to consider backup performers.

Expect the unexpected. “If you’re working with headline entertainment, take a deep breath and fully expect them to come back at some point in the process and ask for something that’s not in the contract,” says Kahan, noting that it could be anything from an extra hotel room to early check-in for the entire band. “The negotiations never really end,” agrees Nuchai.

You don’t have to give in to the requests, the panelists said, but expect them and consider in advance whether or not you’ll bend, or if there’s anything else you might want from them. For example, if the talent comes back wanting 10 more bottles of wine in the green room, perhaps you ask if the 15-minute meet-and-greet can be longer or extended to more attendees. As Nuchai summed up, “There’s always a little push and pull.”