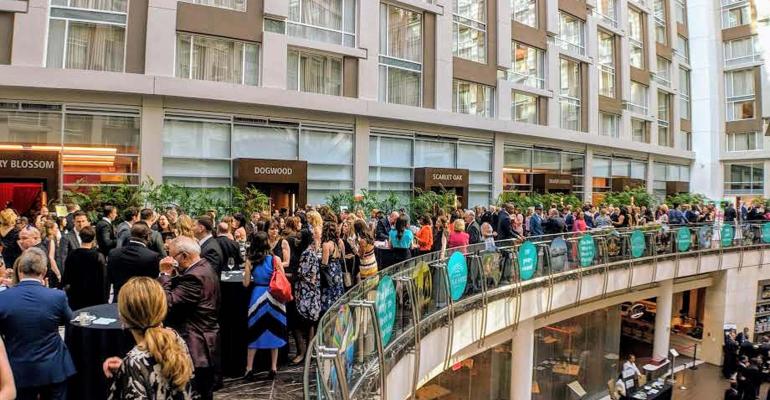 Attendees come for the fast-paced awards presentation, then stay to experience great networking.

Shortly after its 2015 Visionary Awards event, the board of the Professional Convention Management Association’s Foundation approached Maritz Global Events’ Experience Design Lab with a mission: Help PCMA redesign this annual fundraiser so that the 1,100 attendees always feel that the experience delivers something more than the year before.

The event, which attracts the industry’s biggest influencers as well as hundreds of other guests and sponsors, “had been strong; it wasn’t seeing a dip in revenue,” says Meredith Rollins, chief community officer for PCMA and executive director of the PCMA Foundation. “But the main challenge was that the traditional dinner and awards format is a long experience to get through; three hours of sitting, eating, and watching award winners while trying to get in some conversation with those at nearby tables. People ended up talking over the award presenters a lot, and we don’t want to compete against their desire to catch up with colleagues.”

The Design Lab process also brought about a guiding principle for PCMA to build around for the event: “Inspire Us.” “We want attendees to feel so inspired from this one evening of recognizing their peers’ amazing work that they go home with the desire to make the same impact,” Rollins says. 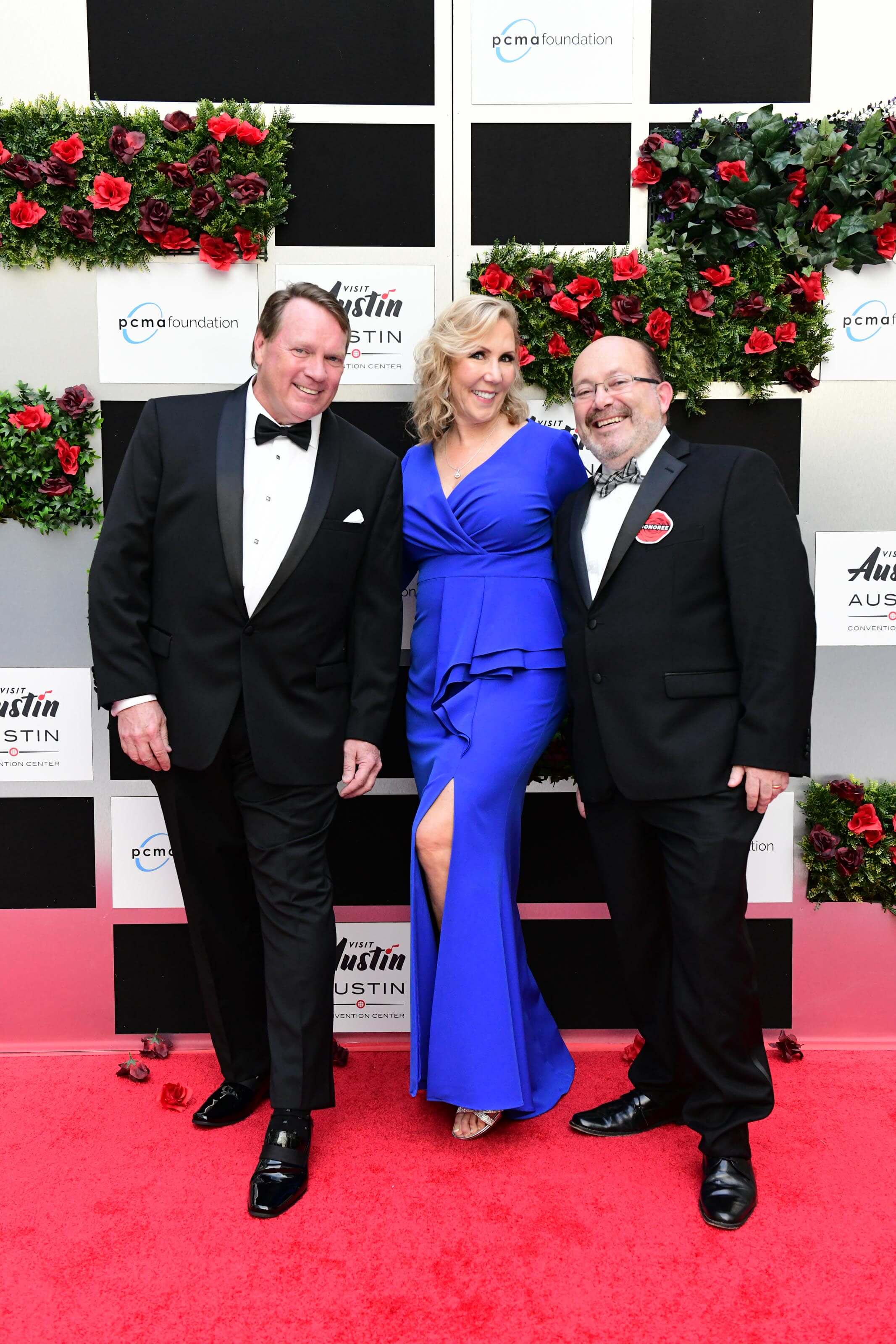 The result was a new format offering a distinct experience for each objective the foundation has for the event. First, there’s a one-hour red-carpet arrival and light reception to start the networking. Ninety minutes ahead of that, however, PCMA planned an optional “style lounge” experience where local hair and makeup artists work with attendees in a pop-up salon set in a large breakout room at the host hotel. An adjacent breakout room features dressing rooms as well as seating areas with hors d’oeuvres, drinks, and music. This past year, these pre-reception features drew more than 100 paying attendees.

After the red-carpet arrival and reception, attendees move into the ballroom for an up-tempo 60-minute awards program set with theater-style seating and many reserved rows—a feature that event sponsors said they wanted for stronger interaction. And to build suspense, award winners are no longer announced before the live event. As a result, nominees for the nine different awards are recognized through brief videos featuring colleagues who share personal stories about the impact a nominee has made on them. “We make sure all the award finalists feel like they are getting rewarded for their work, even if they don’t win,” Rollins says. “It makes an impact on attendees too.”

Between each award presentation, the planning team incorporated an element of surprise: a few brief skits featuring the foundation’s board members plus a musical performance by a PCMA member who wrote a song specifically for the event. “People were very engaged with the awards show because of its pace, variety, and the fact that they know it is only an hour,”
Rollins says. “Then they go to a party with their friends.” 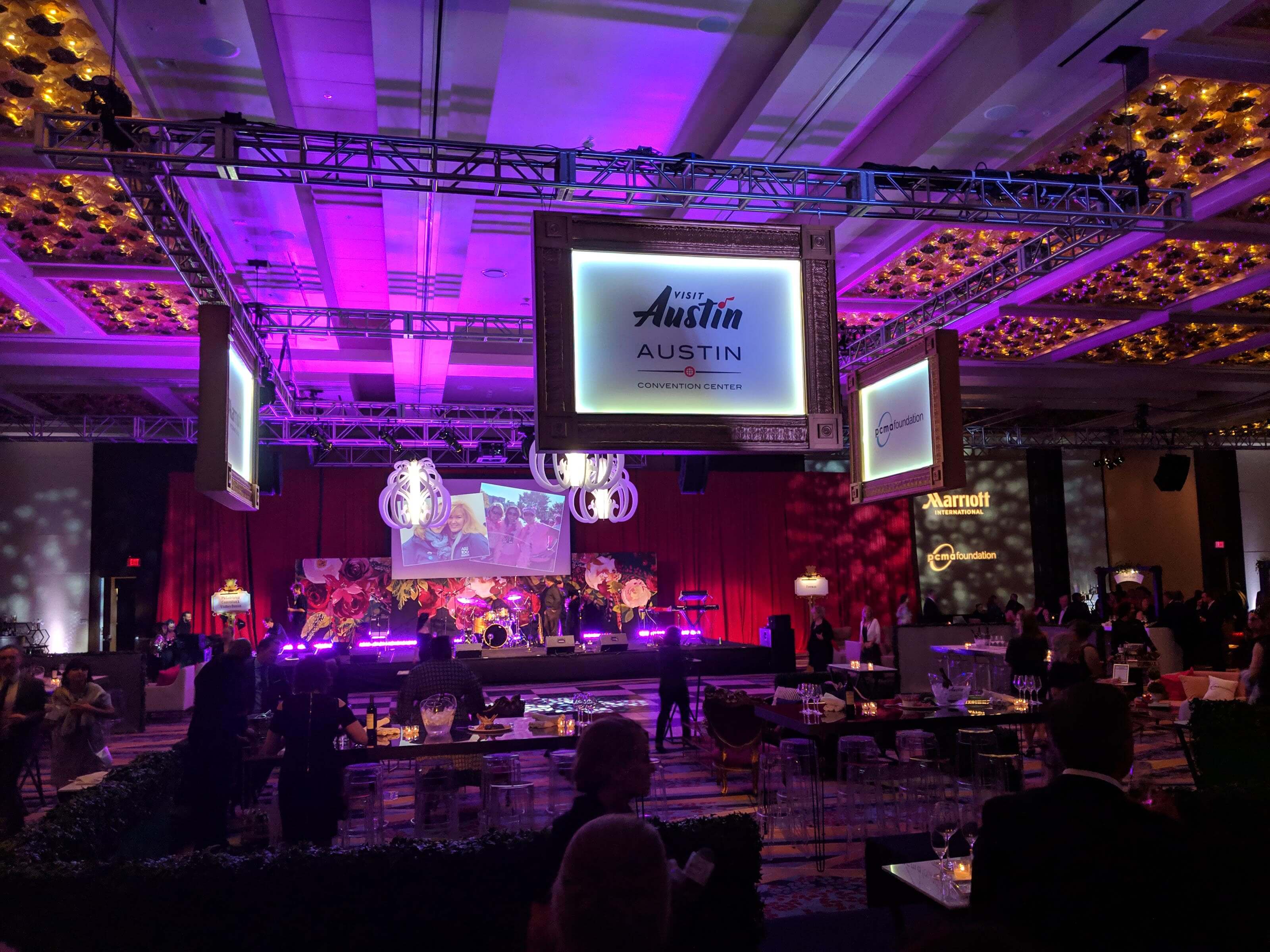 One question Rollins had to answer for attendees ahead of the event: Did the party format mean that dinner would no longer be served? “We had to get the right message out on the fact we just wanted to deliver the dining experience in a more social way,” she says. Rather than have a sit-down meal, Rollins had serving stations set in various areas around the room and used a mix of 72-inch round tables, high rectangular communal tables for up to 12 people, and smaller highboys for four people, all of which had different price points for sponsors. “It was important that sponsors had a tangible presence at both the awards show and the party,” says Rollins, “because our costs didn’t go down by doing dinner this way.”

What’s more, entertainment led by a live band plus décor elements (such as a “Queen of Hearts” theme for the 2019 event) provide “Instagrammable moments” and deliver the desired experience. “For ‘Queen of Hearts,’ we created a narrow keyhole that everyone came through when they first entered the room for dinner, and a lot of photos happened there,” Rollins notes.

Overall, “the Maritz Design Lab workshop made us think about the attendee journey—what we wanted attendees to feel and take away from each part of the event, from their arrival at the venue to the last step they took before going out the doors,” she says. “When you redesign a fundraising event, it’s a bit nerve-racking—you have to make sure you’re not limiting revenue opportunities.” On that front, the PCMA Foundation succeeded; 2019 event revenue was 40 percent more than in 2015, the final year of the old format.

Case Study: Building Culture, Trust, and Teamwork
When a new company spinoff launched, its executives needed a meeting format that would break down silos and get attendee buy-in.
Sales Training that Targets the Senses
Here’s what happened when a biotech company designed a meeting that helped salespeople understand how patients feel, not just what its product does.
Redesigning for Better Learning: A Case Study
Sometimes conference sessions need to be pruned and reformatted to keep attendees engaged.
TAGS: Association Conventions and Expos
0 comments
Hide comments
RECOMMENDED FOR YOU