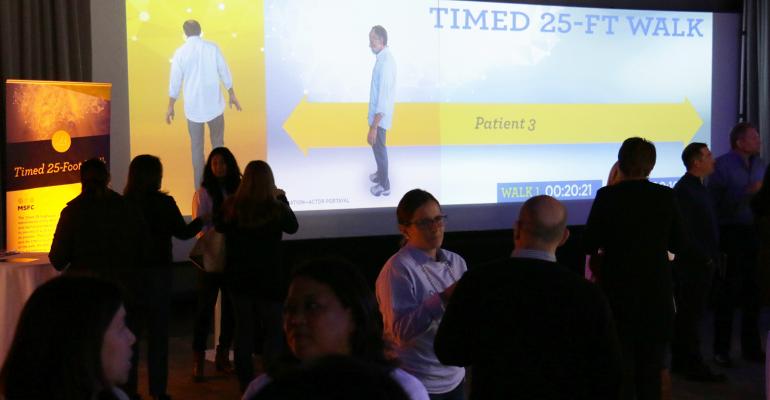 Sales Training that Targets the Senses

Here’s what happened when a biotech company designed a meeting that helped salespeople understand how patients feel, not just what its product does.

When a major life-sciences company got FDA approval for a drug that targets multiple sclerosis, a disease of the central nervous system that causes muscle dysfunction and chronic nerve pain, the next challenge was as important: Not only educate the sales reps on how the treatment helps MS sufferers, but make them able to present that knowledge in ways that resonate with physicians.

A training-development team headed by Drew Hagen, cofounder of strategic-communications agency InVision Communications, partnered with both scientists and event-production staff at the biotech firm to create experiential stations for the internal product-launch meeting, where reps would go through immersive, self-paced learning modules. “The company wanted different ways to place the sales team into the patient’s experience, in order to understand them better and thus be able to talk to doctors more about the patients than the drug itself,” Hagen says. “Reps needed to consume the content through different methods to guarantee they would not just retain it, but also use it in the most effective way when they have just three to five minutes in front of a doctor.” 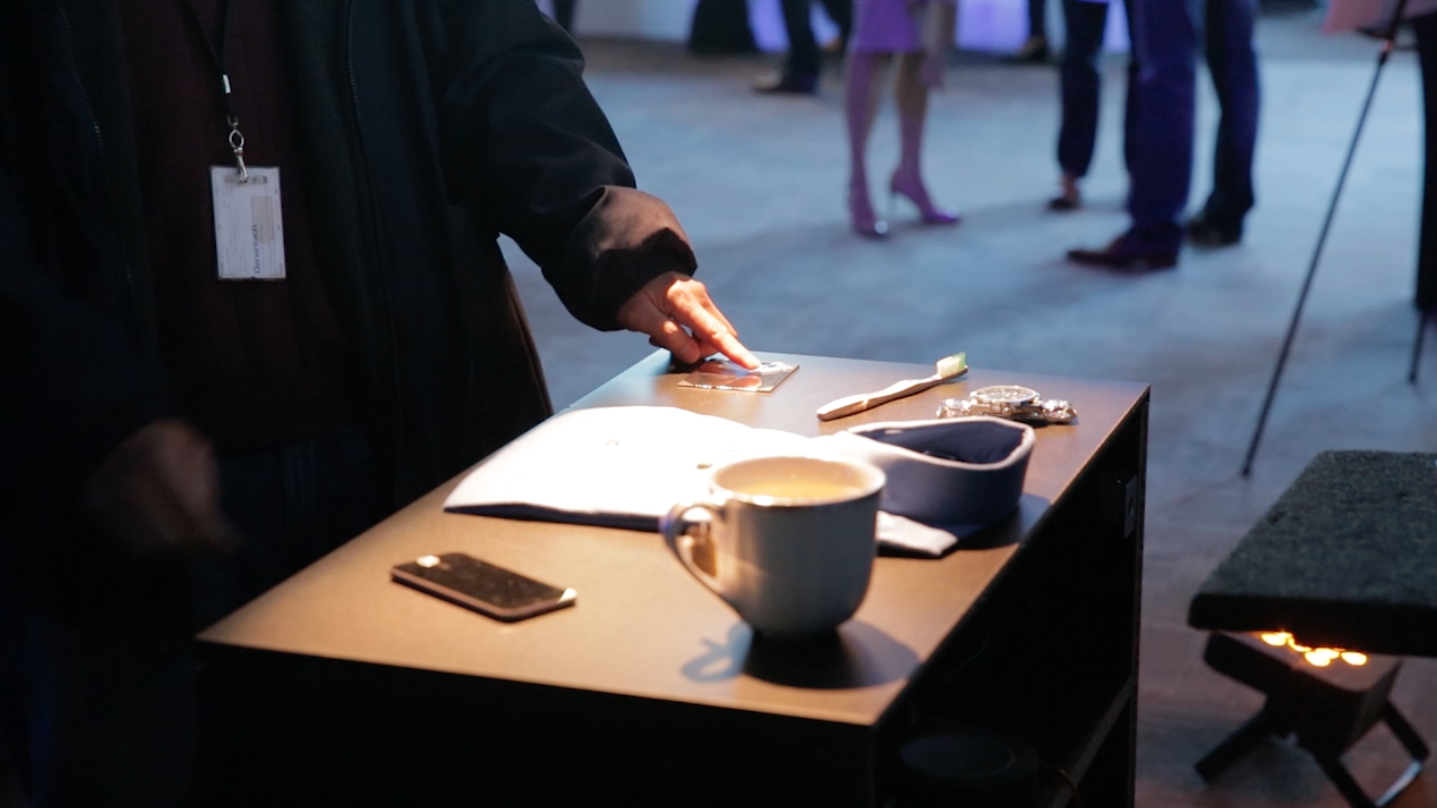 The half-day training program featured five stations set throughout a hotel ballroom, each one designed to help reps feel what it’s like to have multiple sclerosis. At one station, reps experienced sufferers’ difficulty and discomfort whenever they pick up a pen, hold a toothbrush, or make a phone call. How? “We adapted household items so that they vibrated rapidly and buzzed to mimic the muscle dysfunction and neuropathy that makes it so hard to do even simple things,” Hagen says. At an adjacent station, reps donned gloves with batteries that conducted a very mild electrical current; then they attempted to pick up small items and put them into drawers and on shelves. The feeling simulated the uncomfortable nerve sensations that come with MS. “We worked with the company’s scientists to ensure we presented all the symptoms accurately. These tactile lessons—phone buttons moving around as you try to dial, a toothbrush shaking so much you almost can’t get it into your mouth—really surprised many of the reps.”

A third station featured a seven-foot-tall, 25-foot-long screen that allowed reps to follow a life-sized projection of a patient walking and navigating small obstacles such as steps and doors. Seeing the deliberate pace at which MS sufferers walk and the effort it requires made an unusually strong impact. “Some of the reps got choked up watching it and relating to the pain and fatigue that person deals with,” Hagen says. “A trainer talking through a bunch of slides while on a stage could never get that kind of audience reaction.” 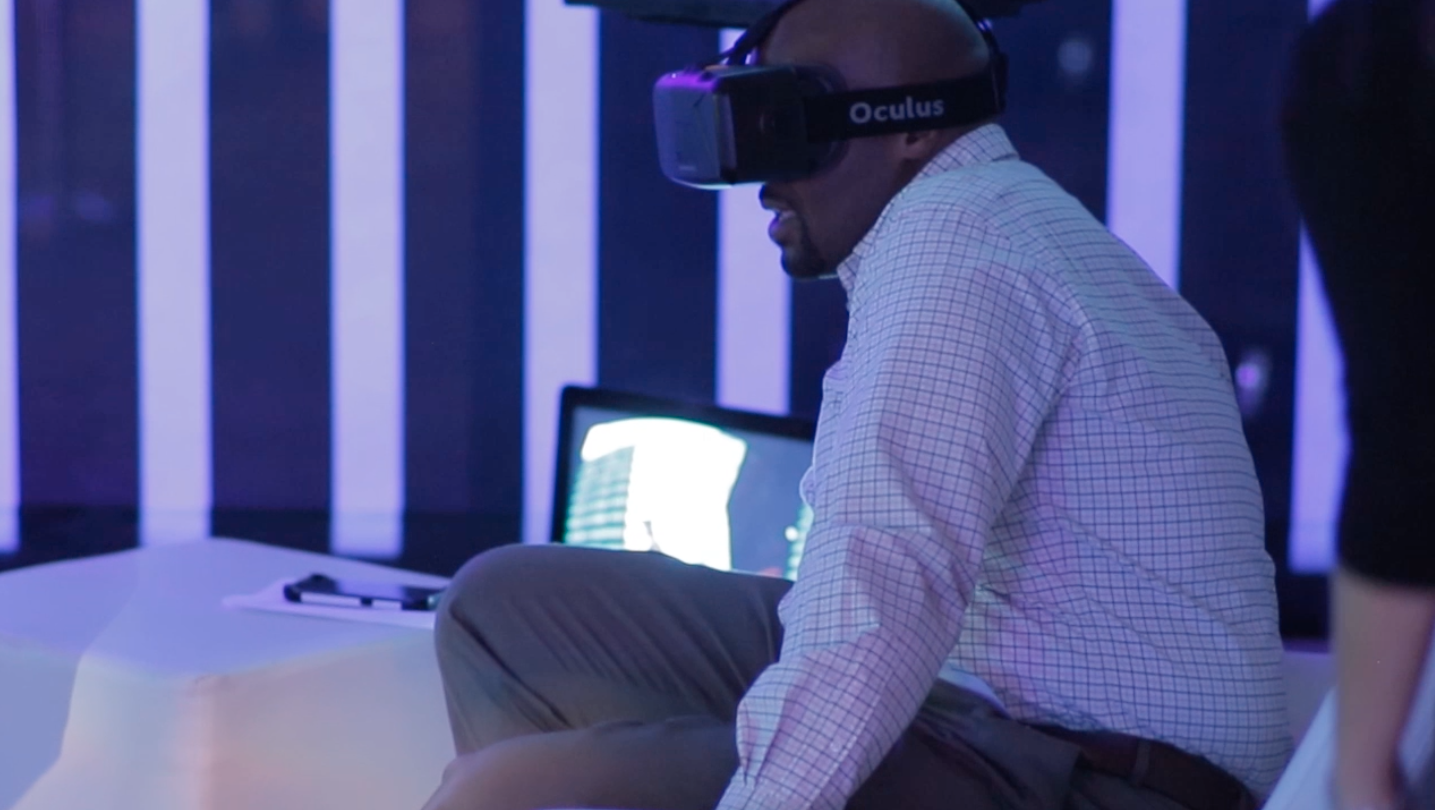 The fourth station had reps take a brief math quiz and then observe video of how an MS sufferer jumbles the numbers and otherwise struggles through that same quiz. And the fifth station used Oculus headsets to place reps into a virtual-reality environment where they walked alongside MS sufferers as they get through a typical day of work, errands, and home life slowly and with difficulty.

To round out the reps’ education, Hagen’s team created mini-theaters at the far end of the ballroom featuring patients and doctors as speakers. After giving brief presentations, they answered reps’ questions about the experiences at the sensory stations. “Participants could stay in each station or theater as long as they wanted, to repeat a lesson,” Hagen says. “Many reps sat through patient presentations again, while others lingered at one or two stations. We let them do things for however long they felt they needed to.”

Lastly, to educate reps who came aboard after the initial training or to refresh reps who attended that event, the firm installed the sensory stations at corporate headquarters and also recorded and posted online most of the elements of the in-person training event. “Creating something for one-time use didn’t make sense, because reps are always coming into the firm,” Hagen notes.

With reps able to have patient-focused interactions with physicians, some reported getting up to 30 minutes of time to speak with a doctor, resulting in one of the best first-year performances of any treatment the firm has produced.