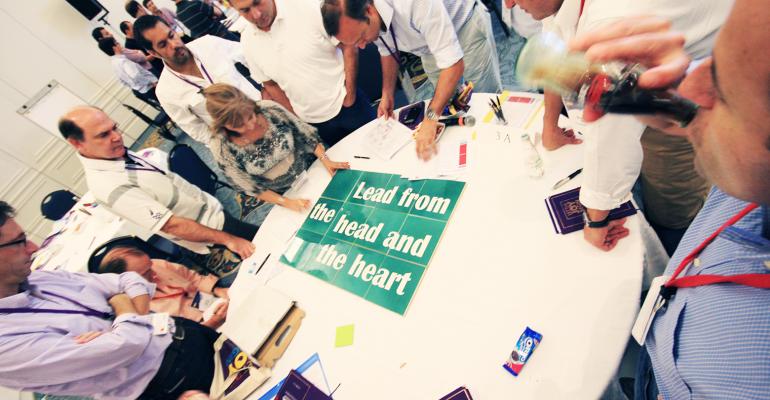 When a new company spinoff launched, its executives needed a meeting format that would break down silos and get attendee buy-in.

When one of the largest food companies in the world decided a few years back to spin off its snacks and sweets divisions as a stand-alone company with a larger international focus, the new executive team had to address culture, trust, and confidence among managers and employees as closely as they addressed the business plan.

A former executive there set the scene for the first meeting of this fledgling firm’s 500 senior managers: “The majority came from the larger organization and were promoted. Top leadership had to explain to them the logic of splitting up and the advantageous portfolio of global brands plus local brands for breaking into more markets. They also had to establish the new ways of working, from global category heads to regional leaders to local managers. Basically, the top executives had to start a new culture, build excitement, and get buy-in.” 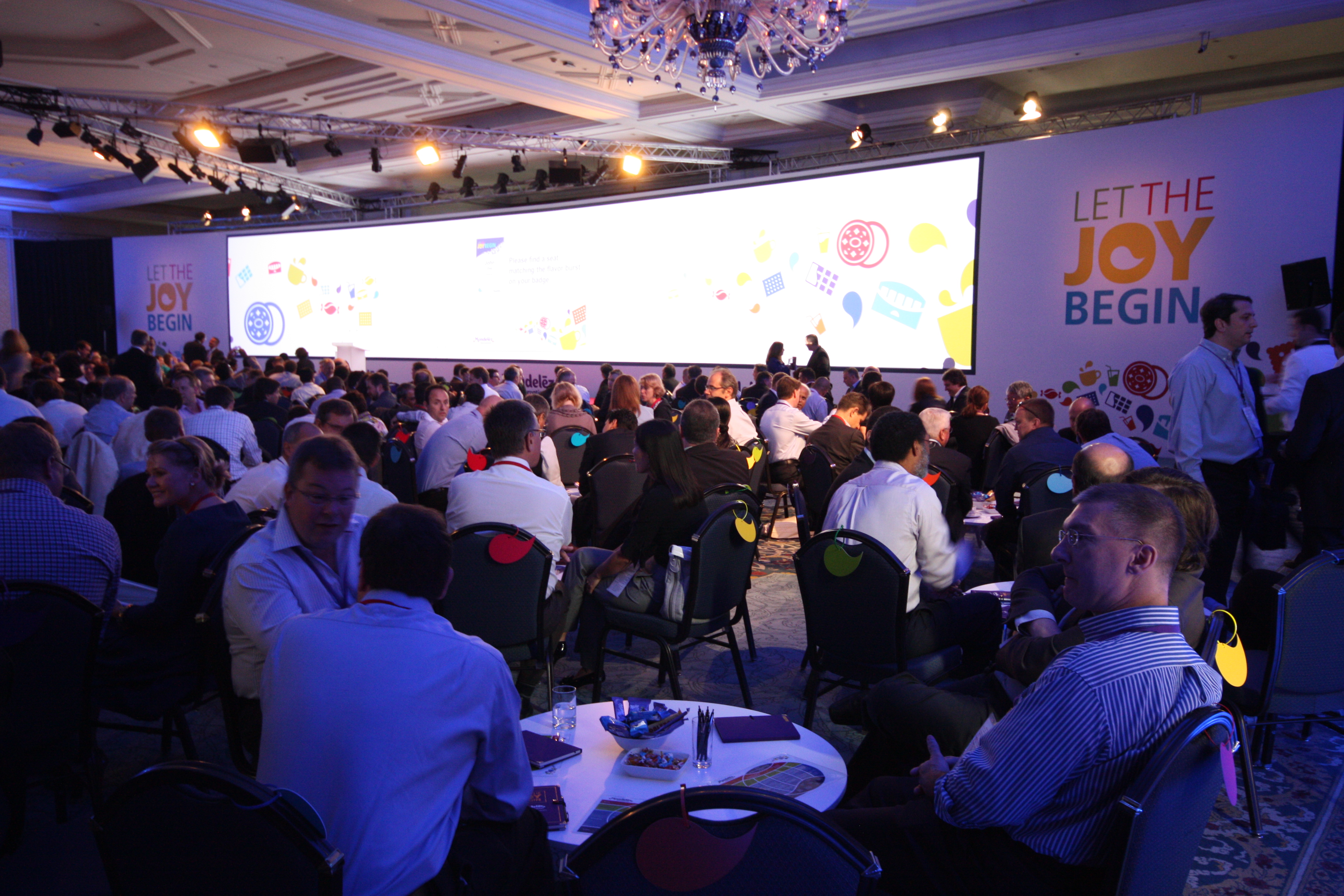 Carlos Sandoval, senior program manager, global operations, for Meetings & Incentives Worldwide, partnered with a committee of executives from different regions to map out the event, which saw 100 of the firm’s vendors participate as well. “Leadership wanted to make sure the meeting set-up was out of the box, in order to get people to really talk deeply, learn from each other, and bond.”

The meeting’s objectives factored into every design element, starting with the choice of location: Istanbul, Turkey, which is the point where Europe and Asia meet. Even the transfer from Istanbul’s airport to the Çirağan Palace Kempinski hotel on the European side of the Bosporus—the narrow channel separating Europe from Asia—reinforced the new company’s perspective and goals. Sandoval had attendees transported from airport to hotel via riverboats that each accommodated 25 people. The 90-minute trip was not only quicker than ground transportation in the city of 18 million, but “it was an amazing first experience, a unique viewpoint of both sides of the Bosporus that got conversations going about different places and cultures,” Sandoval says.

The next morning, attendees walked into a general-session room featuring an intimate set-up. “We worked with the production company to get seating and furniture that would keep people facing each other and physically closer than usual,” Sandoval says. Low, round-edged coffee tables served as the centerpieces for groupings of ten attendees each, while attendees could sit on banquet chairs, ottomans, or oversized beanbag chairs of various colors. A senior executive also occupied a soft seat within each grouping, guiding discussions that followed from the short presentation segments on the main stage.

To ensure that attendees met new colleagues, each was assigned a color that determined the table he or she would sit at in the general session. “Doing this ensured that people would mingle with people from other regions who they did not know,” Sandoval notes.

For the first two days, “the set-up created a unique dynamic that promoted gathering new information and hearing different regional experiences,” he says. Then during the final general session, the moderators hosted attendees from the same region at each table to report on what they learned and the ideas the discussions had spurred, using flipcharts to record and rank those ideas for development and execution.

Purposeful design and décor also made breaks and meals more impactful. For instance, Sandoval provided Turkish tea service to all 500 attendees during a 15-minute break, a feat that required some adaptation. “We had an army of servers, and they had to do it in a safe manner because the tea is served quite hot and in an oversized shot glass,” Sandoval says. So he opted to have wait staff provide each table in the general session with a teapot for self-service, while offering traditional Turkish delight sweets along with some of the company’s own sweets to allow for taste comparisons and ingredient discussions.

For the final F&B event of the meeting, Sandoval recreated a Turkish spice market and grand bazaar in a large outdoor space near the hotel. “We had all the same food you can get on the street, and the setting was really authentic,” he says. “You could smell the spices as kebab and other dishes were cooking; it was just like if you were walking through the neighborhoods of the city.”

As the meeting ended, “attendees were really pumped up,” Sandoval recalls. “The feedback was that they felt smarter, more confident, and more cohesive as they set out on their new mission.”

Sales Training that Targets the Senses
Here’s what happened when a biotech company designed a meeting that helped salespeople understand how patients feel, not just what its product does.
Redesigning for Better Learning: A Case Study
Sometimes conference sessions need to be pruned and reformatted to keep attendees engaged.
Awards Celebrations Are Boring. Here’s a Revamp Done Right
Attendees come for the fast-paced awards presentation, then stay to experience great networking.
TAGS: Corporate Meetings & Events
0 comments
Hide comments
RECOMMENDED FOR YOU