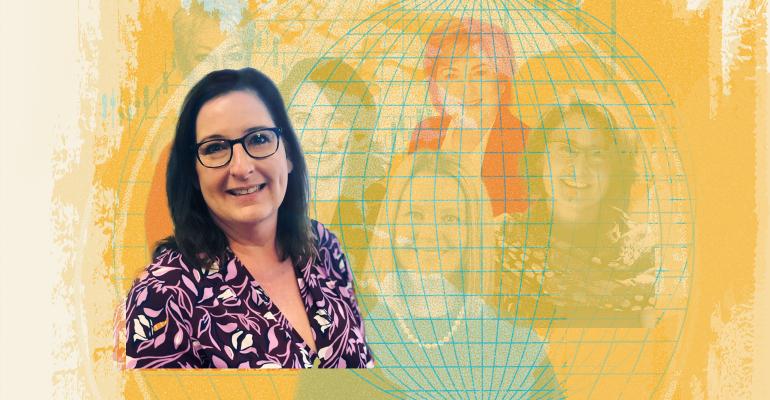 Her take on the industry: As an active IACC member for the past 25 years, Lindemer says stepping into the role of president—a post that will last for the next two years—”just seems natural,” she says. “This industry has given me so much, it’s now my turn to give back.”

Lindemer’s key objective is to help IACC members create the meeting room of the future. “Gone are the days when somebody stands at the front of the room like a talking head with a podium and a projector,” she says. “People want to be engaged, and that means our meeting facilities have to change to meet their needs.”

What’s going to be interesting, Lindemer acknowledges, is that one client’s idea of an engaging environment might be much different than another client’s notion. “That means our facilities have to be much more nimble and able to adapt on the fly,” she says. “Yes, we have to be able to accommodate traditional classroom-style seating, but we also have to be able to take out that furniture and have all kinds of seating options, like couches and pillows, where people can just sort of crash. Those types of environments are becoming much more appealing to meeting groups.”

IACC will practice what it preaches at its own event in April by experimenting with new meeting formats and environments, Lindemer says. One new approach: Speakers are not allowed to give any PowerPoint presentations, a stipulation Lindemer has made crystal clear to all. “We really want to get people in the mindset that they’ve got to create new approaches to meetings and events, and PowerPoint won’t foster that kind of mission,” she says. “We need to be proactive in setting the stage for the future.”

Lindemer also plans to help IACC’s members focus on dietary management and be more conscious of attendees’ lifestyle choices. “Part of our job is to take care of people, and food is a way of doing that,” she says.

Her advice to women moving up in the industry? “Follow women you admire on social media,” she says. “Pick a few that you’re impressed with on Instagram or Twitter, and say to them, ‘I’ve been watching what you’re doing in the world, and I want to learn from you.’ Most women would be happy to oblige.

Fun Fact:  “My personal quest is to be the very best aunt in the world,” says Lindemer, who has two teenage nieces. Instead of giving the girls Christmas presents as she did when they were little, Lindemer now plans a girls’ trip every year; the trio has traveled to New York City, Savannah, and Washington, D.C. Their next adventure? Portland, Maine. “It’s something I really look forward to every year,” she says.