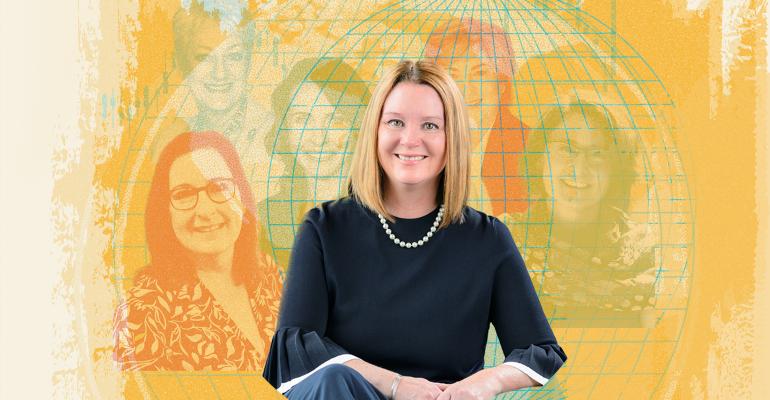 Leaning in for inclusion.

Her take on the industry: An active PCMA member for decades, Claire Smith says becoming the chair of the organization “was never a conscious decision. The more I contributed to PCMA, the more interested I became, and everything just kind of evolved.”

She considers it “good fortune” that the time for her to lead the organization came just as the new PCMA President and CEO, Sherrif Karamat, launched The Ascent CEO Promise. That initiative, which launched in May and promotes inclusion and diversity across the meetings and events industry, has nearly 100 signatures thus far. Those who sign it agree to three things: to make their workplaces and events open and trusting settings; to provide education on barriers to inclusivity, including unconscious bias; and to share what they know, what they learn, and what needs improvement.

“On a personal level, I’ve always been interested in engaging different audiences within our community,” she says. “This initiative is really challenging everyone in our industry to take a look at whether they engage audiences of different perspectives.” The Ascent pledge was just “the first step forward” of a bigger movement, Smith says. “Now, we’re watching our membership really propel it forward.”

[The Ascent CEO Promise] is really challenging everyone in our industry to take a look at whether they engage audiences of different perspectives.

Another pet project Smith took up in her role as chair was to figure out how to keep past PCMA leaders informed and contributing. “We had all of these incredible people going through the ranks of leadership but we didn’t do a great job connecting with them in a purposeful way after they served,” she says. During her tenure, Smith helped spearhead a task force to reach out to past leaders and see how they wanted to engage with the organization in the future. “A lot of these leaders still want to contribute in all different sorts of ways,” she says.

As a woman who has worked her way up in the industry, Smith has some advice for women who are just launching their careers. “The most important thing is to always stay curious,” she says. “Never think you have all of the answers yourself. If you’re constantly looking at things differently and opening up yourself to different perspectives and new people, you’ll find success.”

Fun Fact:  “While other girls her age were playing house or with dolls, Smith says she kept busy as a child by playing travel agent. “I had a full-service travel office set up right in my house, and my brother and his friends were clients,” she says. “I think I knew even back then that I had a real passion for travel and experiences.”