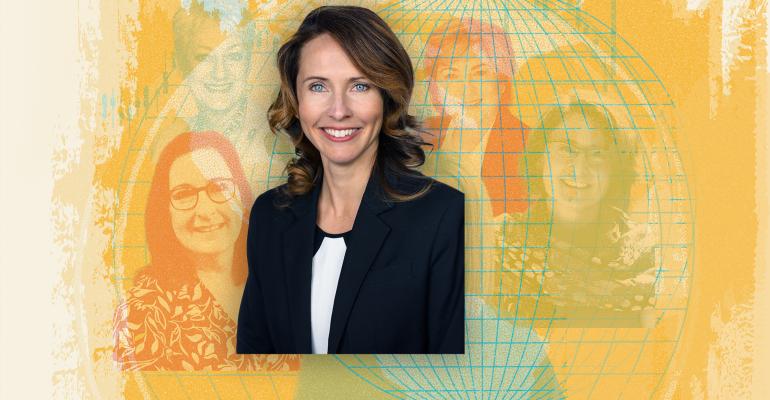 Sometimes you pick your battles, sometimes they pick you.

The meetings industry has long been dominated by women, but across 2018 and 2019 it seems to have set a new standard: Women were elected to the top spots at six major industry organizations. We recently sat down with each them to hear how they’re tackling the industry’s biggest problems—and what they’ve learned along their journeys. Click on each person's name below and read her story.

Her take on the industry: When Amanda Armstrong became the chair at Meeting Professionals International just over a year ago, “I came in guns blazing,” she says. “My biggest focus was redesigning the MPI World Education Congress and helping the association’s members focus on designing experiences, not just on planning meetings.”

But then the #metoo movement happened, and “everything changed in what seemed like an instant,” Armstrong says. “With the majority of our 18,000 members being women and the fact that sexual harassment was being reported all over America, we had to pivot very quickly,” she says. “I couldn’t think of a better way to be more relevant than to support our members during this kind of revolution.”

As a result, Armstrong says, she steered MPI’s focus toward preventing sexual harassment both in the workplace and at meetings and conventions. First, MPI designed a training program for its board members. Then it rolled out the same training to the administrative team at MPI headquarters in Dallas, and to all of the association’s chapters. It also created a sexual harassment hotline for members looking for advice. “Unfortunately, what happens on site at meetings can sometimes be a recipe for sexual harassment,” Armstrong says. “There are a lot of late nights, fun events, and occasionally alcohol plays a part. We really needed to take leadership in this area.”

Unfortunately, what happens on site at meetings can sometimes be a recipe for sexual harassment.

Armstrong says MPI’s handling of the issue helped pave the way for members to have more open conversations with one another. “Even people who hadn’t experienced any kind of harassment were able to bring up the topic in the workplace and talk about what they might do in the future if they encountered certain situations,” she says.

The #metoo movement was only one of the surprises Armstrong faced while at the MPI helm. She also had to help address hotel commission cuts that affected a majority of members, and work to help members in the European Union make sense of the new General Data Protection Regulation.

“It’s been an eventful year,” she says. “We’ve accomplished so much, even though much of it was unexpected.” Looking back at her tenure, she says her hope for the future is that “people consider the meetings industry a desirable industry to be in. I hope people feel like they’re in a safe, productive, rewarding environment where they can feel proud to work.”

Fun Fact: “I love learning new things,” Armstrong says. Last year, she and a friend signed up for improv classes. “The funniest part is that we’re not that funny; we’re all just really awkward. Most of the time, I find myself just standing around going, ‘I’ve got nothing, I’ve got nothing.’”