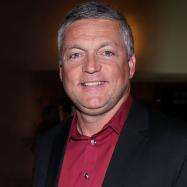 Non-Hotel Accommodations Likely Not Chipping Away at Citywide Room Blocks
Sep 12, 2018
Peak-night occupancies at big-city properties have been better than last year, which works for both hoteliers and planners.

Events Canceling as Hurricane Targets Mid-Atlantic Meeting Destinations
Sep 11, 2018
Cities from Charleston to Washington, D.C. are in the likely path of Florence, so contingency plans are in motion for events scheduled for later this week.

Chicago Hotel Workers' Strike Requires Action by Affected Meeting Groups
Sep 08, 2018
About 30 properties, including many meetings-oriented hotels, launched contingency plans to temporarily replace cooks, housekeepers, and other service employees. What does that mean for the event experience?

Full Employment Scenario Puts Spotlight on Internal Corporate Meetings
Sep 06, 2018
Instead of letting go of lesser-performing employees, companies need to adjust their efforts to train and educate them based on strategic objectives.

ASAE 2018 Meeting & Exposition Does Big Business in Chicago
Sep 05, 2018
The American Society of Association Executives drew more than 6,000 attendees—nearly 3,700 of them association executives—to Chicago in mid-August for the organization's annual meeting and exposition. Direct economic...

IACC Releases White Paper on Meeting Preferences of Latin American Attendees
Sep 05, 2018
Among the findings: Technology is not embraced in meeting rooms across Latin America as much as in other regions.

Special Events Magazine's Gala Awards Are Calling for Entries
Aug 29, 2018
Corporate, association, and independent planners can be recognized for their outstanding work.

Is This the Future of the Airport Shuttle?
Aug 29, 2018
One hotel is saving money by dropping shuttle service in favor of free Uber rides. Event attendees stand to gain from it too.
Load More