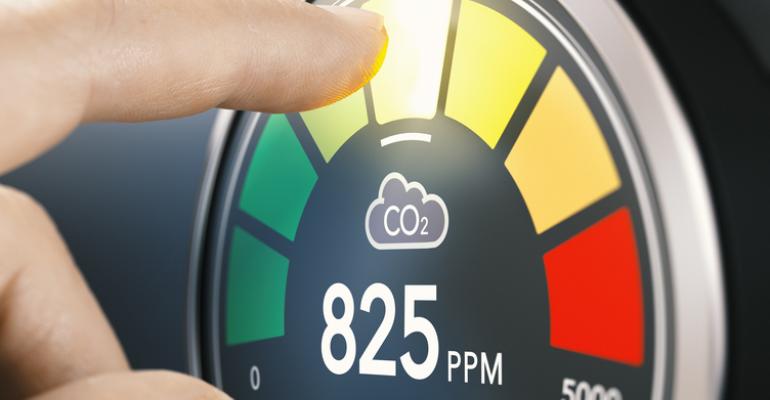 A meeting designer used a carbon-dioxide meter in all the spaces he moved through while attending a recent conference. What he learned could help other planners as they make sure they are fulfilling their duty-of-care obligations.

In late May, Adrian Segar attended a meeting-industry leadership summit in San Juan, Puerto Rico. He also used the trip to conduct an experiment: From the moment he walked into his hometown airport until he landed back at that airport four days later, Segar had a hand-held carbon-dioxide meter at the ready. The roughly $100 device captured carbon-dioxide readings in the airport, the airplane, the ground transportation, the hotel, the conference center, and anywhere else that Segar went during his trip.

Why did the veteran meeting designer and founder of the consulting firm Conferences That Work go through the trouble? In a May 30 blog about his experiment, Segar cites an American Society of Heating, Refrigerating and Air Conditioning Engineers report stating that “indoor concentrations of CO2 greater than 1,000 parts per million have been associated with increases in self-reported, nonspecific symptoms commonly referred to as ‘sick-building syndrome.’” And relevant to the meetings and conventions niche in particular are a research study from 2012 and a research study from 2021 that found diminished cognitive abilities among meeting participants once CO2 levels rise above 1,000 ppm, and significant cognitive impairment when levels approach 2,500 ppm. As a comparison, outside air has a CO2 concentration of about 400 ppm.

Lastly, Segar notes that while “there is insufficient research regarding CO2 levels to indicate a significantly increased risk for Covid infection, many authorities have tentatively proposed maximum levels of around 1,000 ppm CO2 as guidelines” for desired air quality. Keeping at that threshold might translate into a smaller chance of unmasked indoor dwellers transmitting or becoming infected with a bacteria or virus.

What He Found
First, Segar noted the CO2 concentrations his portable meter measured during his air travel. In the two airports he moved through, the CO2 concentration never rose above 800 ppm. On each of his two flights, there were moments when CO2 concentrations rose to between 1,500 and 2,400—but only during boarding and deplaning. The CO2 levels during flight were generally between 1,000 to 1,400 ppm, slightly above what is recommended for any length of time. With ground transportation, however, Segar found shuttle buses in particular to have alarmingly high CO2 concentrations: about 3,000 ppm. Segar wore a mask for all of his travels.

When it came to CO2 readings in the conference venue as well as in Segar’s hotel, the concentrations were notably less. “With the meeting-room doors open, my meter typically showed readings between 500 and 600,” he noted. But “if the doors had been closed or if the venue was [at full capacity], it might have been a different story.” At the end of each day, Segar found CO2 readings in his hotel room to be between 600 and 900 ppm.

The Lessons
First, planners should understand that CO2 concentrations might become high during some aspects of an event. As a result, planners could consider the benefits and drawbacks of requiring meeting participants to be masked in some or all indoor meeting spaces and during transport to off-site functions.

Next, planners should consult with the operations team at the meeting venue and at all hotels in the room block to ensure that each facility’s HVAC system uses a MERV-16 filtration system at a minimum, but preferably a HEPA filtration system—and that the filters in the system have been recently changed.

Also, purchasing a portable carbon-dioxide meter for use during site inspections and during the event itself would give planners an opportunity to monitor the effectiveness of those HVAC systems and, if necessary, make revisions to formal meeting and informal gathering spaces or to transportation, all to ensure participant health and safety.