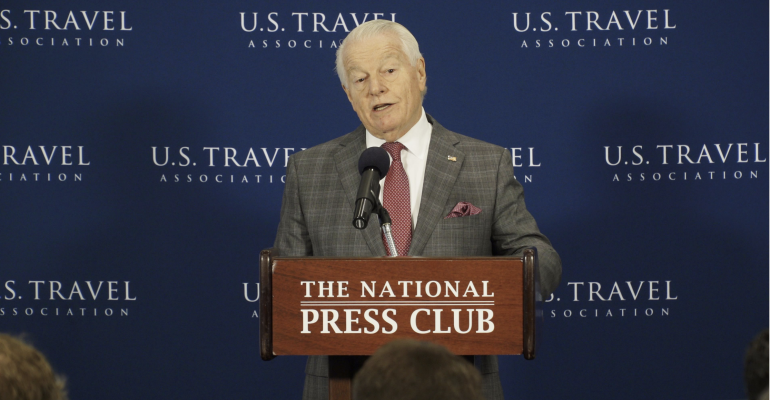 After months of lobbying by the U.S. Travel Association, the Biden administration relaxes the rules for vaccinated travelers flying into the U.S.

On Friday, June 10, the Biden administration announced that vaccinated air travelers coming to the United States from abroad will no longer be required to show proof of a negative Covid-19 test within 24 hours of departure to the U.S.

The U.S. Travel Association has been actively lobbying the administration to repeal the testing requirement since at least December. As recently as June 8, USTA helped coordinate the draft of a letter signed by 38 mayors of U.S. cities that asked for removal of the pre-departure testing requirement for vaccinated individuals. In addition, the mayors of Houston, Atlanta, Minneapolis, and Philadelphia sent their own letters to the administration with the same request.

The group’s letter stated that “American cities are still struggling to regain international visitors after more than two years of pandemic-related restrictions. In 2021, international visitation was a staggering 78 percent below pre-pandemic levels. Our constituents and our businesses suffer greatly from this steep decline in international travel spending, and they cannot fully recover until this vital sector of the U.S. economy rebounds.”

USTA’s has noted in other messages that “more than 40 nations have recently lifted pre-departure testing requirements without negatively impacting public health.”

After the repeal was announced, USTA CEO Roger Dow said that “more than half of international travelers in a recent survey pointed to the pre-departure testing requirement as a major deterrent for inbound travel to the U.S. The lifting of this requirement will enable the travel industry to lead the way toward a broader U.S. economic and jobs recovery. A new analysis has found that repeal could bring an additional 5.4 million visitors to the U.S. and an additional $9 billion in travel spending through the remainder of 2022.”

Another industry lobbying organization—the Exhibitions and Conferences Alliance—was engaged in its ECA Legislative Action Week, featuring meetings with members of Congress, when the announcement took place. Tommy Goodwin, the group’s vice president of government affairs, said this: “ECA applauds the Biden administration and the CDC. ... As the face-to-face business events industry continues to work tirelessly to bring back international exhibitors and attendees to our conferences and trade shows, this welcome news removes one of the key barriers to jump-starting our industry’s recovery and getting people from around the world back to business at our U.S. events.”

The Global Business Travel Association was also in D.C. for its GBTA Legislative Week, and its leaders expressed the same positive sentiment as USTA and ECA about the repeal of the testing requirement.

Nonetheless, the U.S. Centers for Disease Control and Prevention stressed that it will reassess the repeal decision in 90 days. “If there is a need to reinstate a pre-departure testing requirement—including due to a new, concerning variant [of Covid]—CDC will not hesitate to act.”