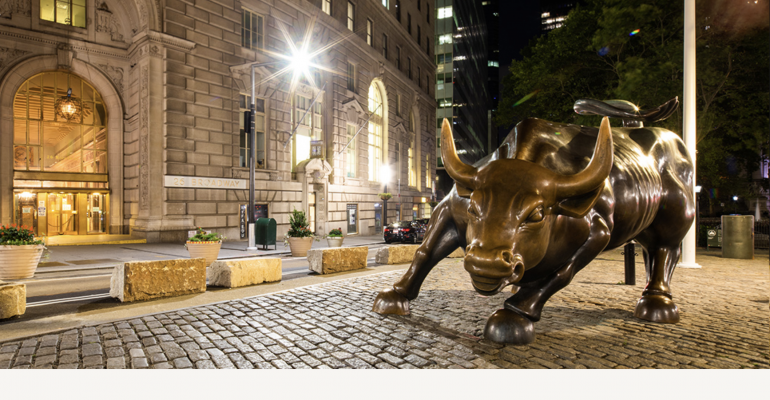 In NYC’s Financial District, a Historic Building Becomes a Hotel

The site where the New York Stock Exchange was conceived is now a 185-room property with meeting space.

June 1 saw the opening of The Wall Street Hotel in the historic Tontine Building at 82-88 Wall Street, where in 1792 a group of merchants and auctioneers sitting in a brick tavern and coffeehouse fleshed out the idea for a hub of commerce and trade that became the New York Stock Exchange. Come 1901, a 13-story Beaux Arts building, set between the NYSE and the South Street Seaport, replaced the original structure and for decades housed one of the largest pearl-import businesses in New York.

Paul Taylor, president of architectural firm Stonehill Taylor that created the hotel, noted that "we had the unique opportunity to recharge this special location while preserving the historic character of the original building.” The Wall Street Hotel features 180 individually designed guest rooms and suites, with custom furnishings that mimic the styles found in classic New York City townhomes.

As for meeting space, the property has more than 6,500 square feet, including a 2,100-square-foot rooftop ballroom (photo here) that’s divisible by two, an adjacent 1,100-square-foot lounge, and a large outdoor terrace that wraps around the entire meetings floor and provides views of lower Manhattan and New York Harbor. An all-day lobby lounge and bar with 20-foot ceilings (photo below) offers appetizers, cocktails, and coffee. An on-site restaurant concept will soon be announced. There is also a 24-hour fitness center.