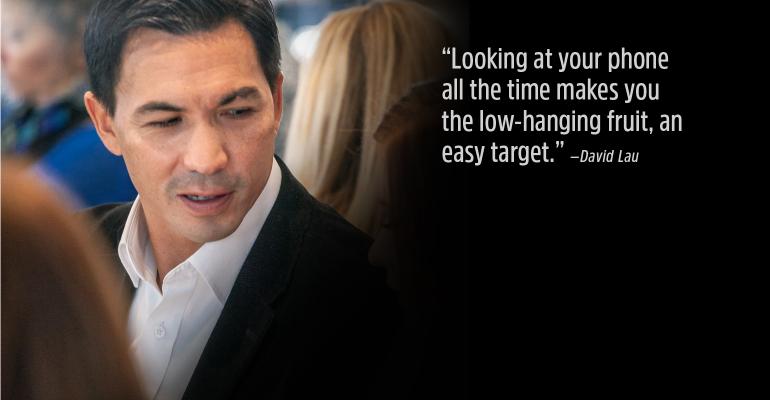 Don’t be the low-hanging fruit: Your checklist to keep you, your staff, and your attendees safe.

It is no secret that meeting planning is a stressful job and that no matter how much preparation happens before an event, once on site planners are still deluged with questions and last-minute issues. But during MeetingsNet’s Risk360 conference on risk management, it became clear that safety has to remain a priority. For many event professionals, constantly checking texts is par for the course but David Lau, a counterterrorism and security expert who led a session on “Developing Resiliency for Asymmetric Threats,” warned that “Looking at your phone all the time makes you the low-hanging fruit, an easy target.”  Whether an attendee is choking at lunch or someone protesting your group has snuck past security into your plenary session, you won’t see them if your eyes are glued to a screen.

Here are some action items compiled from our risk management conference that can help in the event of an attack or medical emergency, and a list of characteristics to look out for if you notice someone who seems out of place at your meeting. 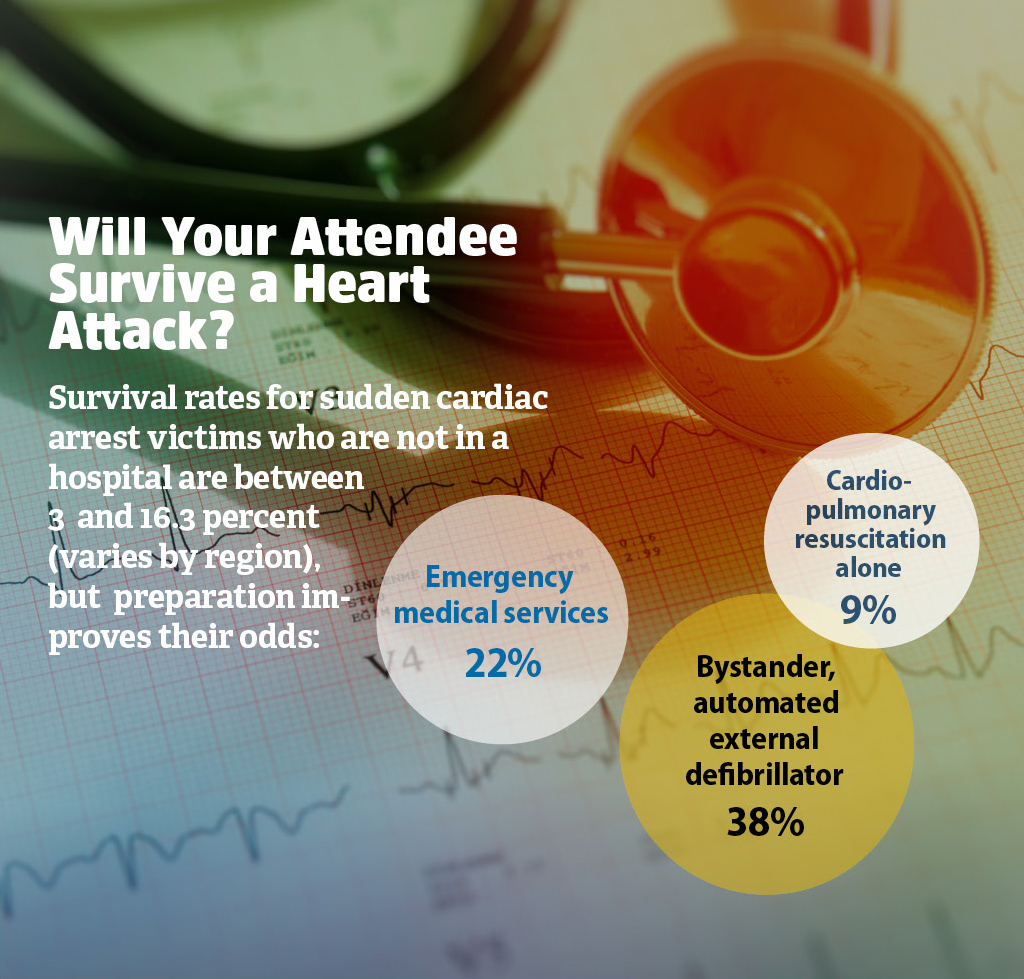 • Have an AED on site. 31 states have Good Samaritan laws addressing their use.
• Blood loss accounts for one-third of trauma deaths. Tourniquets are cheap to buy and easy to carry.
• Enforce all safety regulations. Make attendees wear name badges so that people who are not supposed to be there are immediately identifiable.
• Terrorists often hold a dry run, says David Lau. Ask the venue if anything unusual happened at a previous group’s event, such as unauthorized entry to staff-only areas or badge theft.
• Use situational awareness. Does anyone look out of place? Are there bags or other items that don’t belong
• Be prepared to transition from primary duties. A TSA worker ran out of the building safely during the shooting at LAX in November 2013, but then went back inside the terminal to get a company binder. He was shot in the arm. Once on site, adapt to new situations.
• Remember: You are a meeting planner, not the captain of the Titanic. You do not have to go down with the ship.

Identifying a Threat Through Kinesics and Biometric Cues

Someone who is about to execute an attack might exhibit these behaviors. Ask yourself if the behavior fits the occasion. If it doesn’t, do not ignore it.
• Facial flushing and sweating In a cool room, this will look out of place.
• Paling Fear sends blood to major organs and away from the surface to protect the body.
• Rapid breathing The body will frequently start to oxygenate before action.
• Rapid blinking Normal blinking is 6 to 10 times a minute; someone under emotional stress will blink more frequently.
• Increased swallowing A person’s mouth often becomes dry when they are nervous.
• Body grooming Someone who is carrying a knife, gun, or explosive will subconsciously keep touching it to make sure it is in place. A concealed weapon will often be on the right side because most people are right-handed.
• Checking surroundings Perpetrators will be looking around for police or security frequently.
• Pacifying behaviors Someone about to commit a crime might rub their arms trying to soothe themselves. A physical response to intense emotion is when hairs stand on end; stroking will make them lay flat again.
• Pacing People flush with adrenaline often pace to work off excess energy.
• Fixed stare/predator stare This could be a sign of someone focusing on the act they are about to commit.

This is one of five articles on actions you can take to make your meeting more secure. Also read:
Risk360: Do One Thing
Risk360: Choosing a Location or Venue
Risk360: The Contract
Risk360: Communications Policy
Risk360: Developing an Emergency Plan