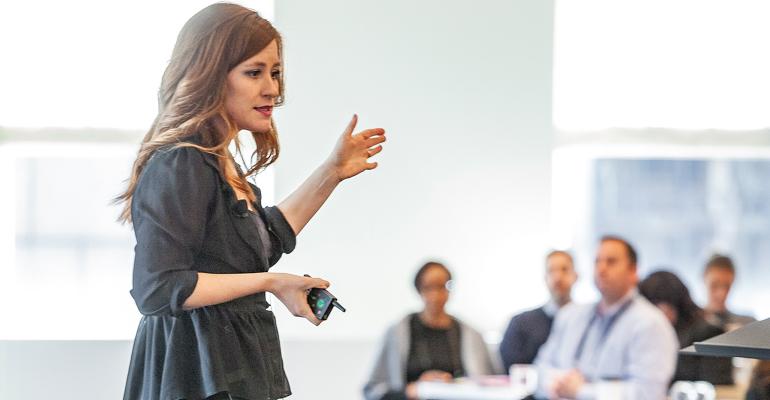 Your communications strategy during an emergency could literally save lives.

An effective communication plan can help spread information during an emergency, or even shut down an incident before it becomes a crisis, for example, by monitoring social media it is sometimes possible to resolve a situation with a disgruntled attendee before an issue goes viral. These steps from communication, legal, and risk management professionals will help you lay the groundwork for reaching out to your attendees and preparing information before an event so that you won’t be left scrambling during one.

Talk to Your Attendees

• Get emergency contact preferences from your attendees during the registration process.
• Ask if a registrant has specific safety requirements. For example, if one of your attendees has a restraining order against someone, venue security can be notified.
• For meetings outside the U.S., have attendees sign up for the Smart Traveler Enrollment Program (STEP) that the U.S. embassy in that location knows they are in the country.

• Draft crisis communication messages for likely scenarios and define how they will be disseminated (conference app, texts to attendees, social media posts, etc.). Include links to information on your website or local emergency authorities. You will not have time to refer to Google during an emergency.
• Have social media team contacts available and, if necessary, passwords so you can make updates outside of office hours.
• Follow local authorities and emergency agencies on Twitter so that if there is an incident nearby you have official information about, for example, road closures rather than old news reports or hearsay.
• Determine your threshold for responding to critical social media posts. Be specific; if a “viral” tweet requires a response, define the number of tweets you consider to be viral. For example, you might decide that if an issue gets 10 or more tweets, then you respond.
• Moderate your tone on social media, it is easy to sound dismissive or angry online.
• Define crisis levels requiring a communication response. (See graphic below.) 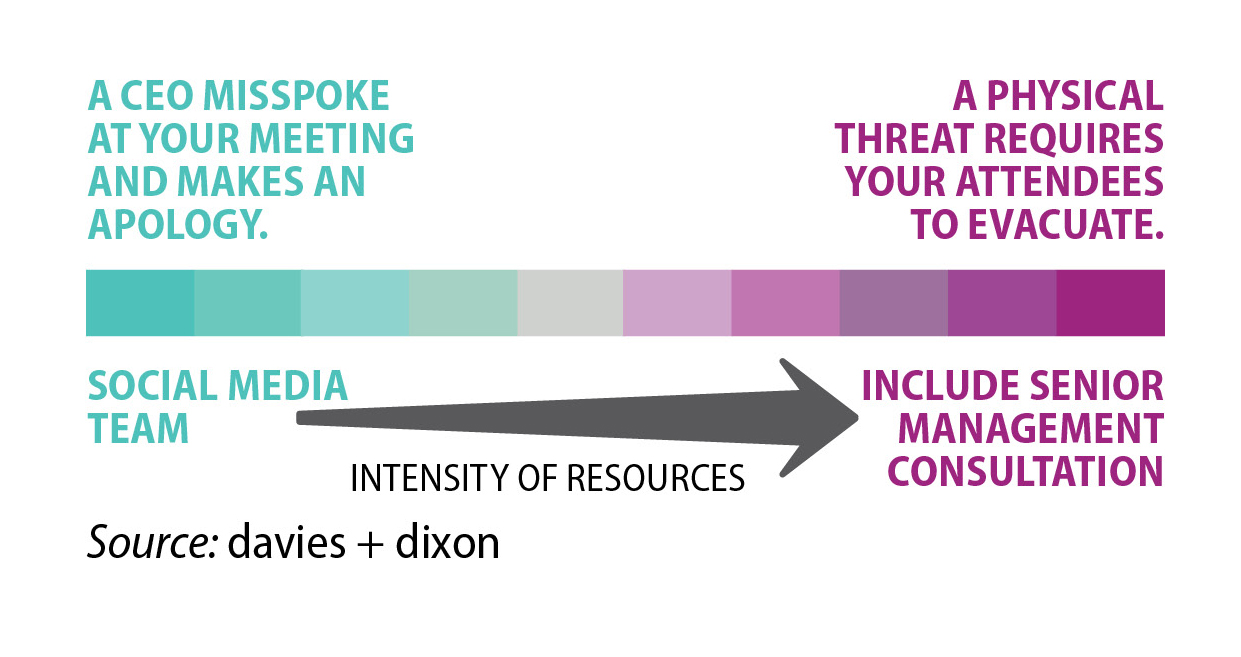 • Don’t assume your cell phone will work in an emergency; consider getting radios for event staff as a backup. In 2008, a terror group attacked a hotel in Mumbai and held hostages for three days. The terrorists’ handlers were watching the event unfold on television and advised the attackers about police countermeasures. As a result, it’s now more common for security services to turn off cell towers following an attack.
• Ask the hotel or venue to contact you if one of your guests calls 911. You may be able to provide assistance, and you also need as much notice as possible if the guest is a presenter.
• If you have to call 911, immediately tell venue management so they can direct emergency responders to the room.
• To prevent attendees from walking into a danger zone, have a communication plan in place such as a push notification on your event app, group texts, or a campus notification-type system such as Everbridge.

This is one of five articles on actions you can take to make your meeting more secure. Also read:
Risk360: Do One Thing
Risk360: Choosing a Location or Venue
Risk360: The Contract
Risk360: Developing an Emergency Plan
Risk360: On-Site Safety