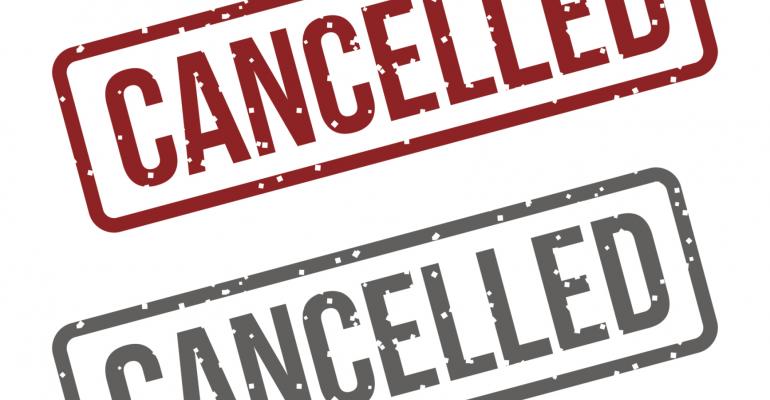 Yes, You Do Need a Cancellation Clause

“If I had a quarter for every time a planner has told me, ‘Oh, we would never cancel a meeting—we don’t need a cancellation clause,’ and then had a cancellation, I’d be rich,” said attorney, speaker, and College of Coastal Georgia professor Tyra Hilliard, Esq., PhD, CMP, in a recent MeetingsNet webinar. It could in fact happen to you—here’s what you need to know about negotiating a cancellation clause that will protect you in the unlikely event of having to turn your meeting into a nonevent.

Liquidated Versus Actual Damages
The first thing you need to know is the difference between actual and liquidated damages, said Hilliard. Liquidated damages are an estimation both parties agree are reasonable at the time of contracting. On the plus side, you know what the costs will be if you end up cancelling. On the negative side, the other party is under no obligation to mitigate (unless you have that obligation written into the contract).

Actual damages are, as the name suggests, what it would take to make the other party whole after a breach of contract or exercise of a cancellation clause—“You said you’d pay X on rooms and Y on food and beverage, now pay it.” A plus to this type of agreement is that you must mitigate on the actual damages. The con is that you may end up paying more, although you may still be able to negotiate lost profits as opposed to lost revenues.

“There is a time and a place for each type of damage,” she said. For a clause covering cancellation by the group, Hilliard said you normally see liquidated damages on a sliding scale, something similar to this example:

For an early December 2018 event
The parties agree that if Group should cancel the meeting, Group will owe the hotel the following as liquidated damages and not a penalty*:
Cancellation on or after    But before   Cancellation fee
Signing of the contract        6/1/17           $20,000

*Planners shouldn’t get skittish if they see that “and not a penalty” phrase, says Hilliard. Penalties are not enforceable in a contract. A mutually agreed-upon reasonable amount is not a punitive penalty, and it doesn’t hurt to point that out.

Planners love this type of clause because they know exactly much they will have to pay. “My problem with this clause is that we’re stuck with these figures that may or may not actually reflect the damages,” Hilliard said. “What if we adjusted our room block up or down, or changed the food and beverage? What if we had a clause guaranteeing our rate would be the lowest offered over our dates and ended up getting our rate lowered?”

Find out what’s included in that liquidated damages figure, she said. Does it include room rental? Does it include the value of concessions? “If you can’t figure out where that number came from, ask.” Hilliard says that when the numbers don’t add up it’s often because the hotels are claiming damages on lost ancillary revenue. My reply is, “Hey, I never guaranteed they were going to eat in your restaurant or buy anything in your gift shop” or any of the hotel’s other ancillary revenue centers, she said.

Other things to consider:
• Are other revenue centers included?

• Are we reducing cancellation damages by resold rooms?

• Do we get credit for rebooking?

• When are cancellation damages due? “I like to have them due and payable 30 days after the anticipated meeting date, as opposed to 30 days after we cancel, because until the meeting dates have come and gone, you don’t know if the hotel was able to resell those rooms or not.”

The language she likes to use is:
“Cancellation damages will be due and payable 30 days after the anticipated meet dates provided hotel has shown proof of occupancy and rooms off-market or unavailable for sale over anticipated meeting dates.”

Cancellation by Hotel
The flip side of cancellation by the group is cancellation by the hotel. While hotels don’t want to cancel—it’s obviously not good for business—it does happen. One case Hilliard mentioned was when the Chicago Marriott Oak Brook canceled the Hizb ut-Tahrir annual convention of 800 people because it drew a handful of protesters the year before. “They claimed security reasons for wanting to cancel. The group claimed it was discrimination. It was ugly. But it did happen.” In another hotel, the Boca Raton Resort and Club, canceled a meeting by Osram Sylvania Inc. to take a larger group, even though the company had held 17 meetings at the resort over the previous 20 years.

In a case where the hotel cancels a meeting, “You’d want to use an actual damages clause instead of a liquidated damages clause because it’s hard to figure out what the group’s damages will be until you know whether they can rebook the meeting, and if so, where,” Hilliard said. “Could you rebook it next door, or do you have to create a whole new meeting in a whole new city, pay change fees, refund registration fees, all of that,” she said.

Sample Actual Damages Clause
“The parties agree that if the hotel cancels the contract, the hotel will owe the group it’s actual damages including, but not limited to, printing and postage, costs associated with selection of an alternate site including site selection fees, attendee notifications, advertising, and travel expenses of speakers or meeting participants, differences in room and catering costs, and other reasonably related costs and expenses associated with rescheduling the meeting. If the group is unable to relocate the event, the hotel will be responsible for paying costs associated with having to cancel the meeting.”