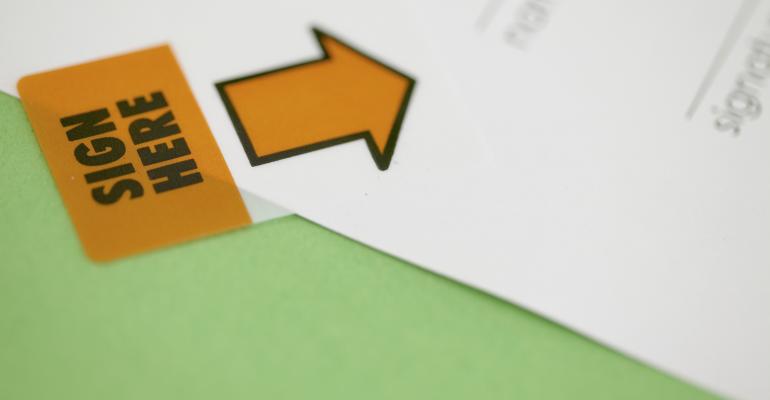 Food and Beverage Guarantees: The Other Attrition

How knowing the profit margin for food and beverage can help cut damages when you don’t make your F&B minimums.

Whether you call it a food and beverage guarantee or a minimum, face the facts: it’s really an attrition clause. And no meeting professional looks forward to paying attrition, whether it’s for an underperforming room block or an unmunched brunch.

Does it matter what you call it? According to attorney, speaker, and College of Coastal Georgia professor Tyra Hilliard, Esq., PhD, CMP, it does. To the hotel, restaurant, or caterer, that “guarantee” or “minimum” is likely to be construed as meaning that you’ll pay the difference if you don’t meet the minimum. “I prefer to call it ‘food and beverage performance’ or ‘estimate,’” she said in a recent MeetingsNet webinar. Here are a few more things you need to know about F&B estimates.

Know Your Profit Margins
As is often the case with room-block attrition clauses, planners often like to think in terms of guarantees and attach dollar figures to those guarantees because they’re easy to understand. “But keep in mind that if you’re paying 100 percent, you’re probably paying more than you’re legally required to pay,” she said. While the profit margin on guest rooms is around 75 percent, the profit margin on catered food and beverage is generally only around 35 percent, Hilliard said.

“As long as you let the hotel or restaurant know at least a week out that your numbers are down, they will not have purchased the food and will not have scheduled the servers or kitchen help. If you pay them 100 percent [of the difference], they’re actually making more than they would have had your group [performed as expected].” According to the law, the hotel or restaurant is only entitled to be made whole, not to receive a windfall. “The hotel, restaurant, or caterer is really only entitled to recover its lost profits,” she said.

There is one caveat, however: If you cancel or reduce your numbers just a day or two before your event, you are likely to owe 100 percent because the caterer or hotel will have ordered the food and scheduled the servers.