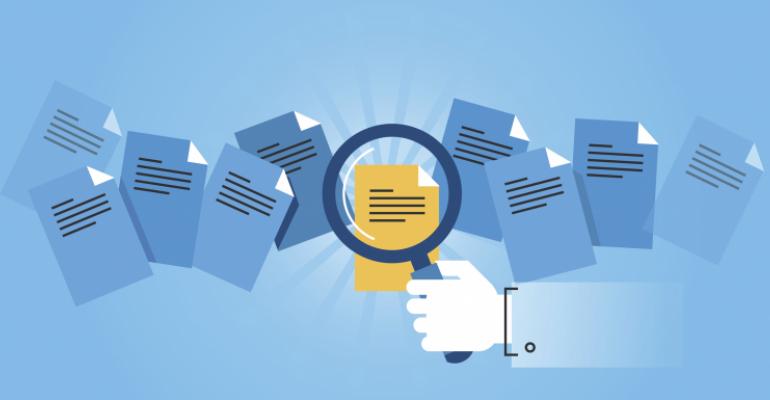 Attrition can be the bane of a meeting planner’s contractual existence—but it doesn’t have to be.

If there’s one thing that’ll set a meeting professional’s teeth on edge, it’s a costly surprise—especially when it’s one that could have been addressed in the contract up front, and even more especially when it comes to costly attrition. While there are any number of ways to approach attrition in negotiations, here are some strategies that attorney, speaker, and College of Coastal Georgia professor Tyra Hilliard, Esq., PhD, CMP, outlined in a recent MeetingsNet Master Class webinar that can help you negotiate an attrition clause that’s fair to both parties.

1. Know that slippage is 100 percent negotiable. In a seller’s market, you may see your slippage allowance go from 20 percent down to 10 percent, or 5 percent, or 10 percent but it can only be taken six months out. “That’s totally between the parties to negotiate,” said Hilliard. For association planners who may not know until very late in the game exactly how many will be coming to their meeting, taking slippage at 10 percent six months out is not terribly viable. For a corporate group’s mandatory meeting, it may well be acceptable.

2. Find out what else is going to be added to the room rate. “Will there be some sort of fee for luggage handling, a housekeeping fee, a resort fee? What occupancy and sales taxes are we looking at? Make sure you pin those down,” Hilliard said. While sales or occupancy tax laws aren’t negotiable, everything else is on the table, she added.

3. Get it in writing. To make sure that all those fees, surcharges, and taxes are disclosed up front, Hilliard suggests language along the lines of, “Neither Group nor its attendees are responsible for any fees or surcharges not enumerated in the contract (or signed off on at check in).” Try to pull together a list of all the fees and ask the property to sign off on it.

4. Determine whether pickup should be calculated on a per-night or cumulative basis. “I’m seeing more hotels going to the per-night basis because they can’t sell Monday’s room on Tuesday. Calculating pickup per day accounts for the lack of room-night fungibility.” But that may not be in the best interest of association planners for whom the exact pickup each night is “always an educated stab in the dark.” For those whose arrival/departure pattern is just an estimate, calculating pickup on a cumulative basis—including early arrivals and late departures—can make more sense. “Any room nights the hotel gets from people in our group should count because the hotel would not have gotten them but for the group event,” said Hilliard.

5. Spell out the calculation method. Whatever method you use, make sure you explicitly state the attrition calculation method in the contract in case the room block changes between when the contract is signed and the event occurs. While it is tempting to just have one total attrition figure that covers everything, that total may not end up being fair if you adjust your room block after the contract is signed, so it’s better to have a method to calculate what you owe than a blanket number.

6. Whittle down your damages: average rate versus run of house. A typical attrition clause might say that attrition damages will be the guest room minimum minus guest rooms actualized, multiplied by the group’s average guest rate. But is the average room rate the most reasonable metric to use for your group?

Average room rates could in fact be reasonable if you specifically guarantee a certain number of room nights in a certain number of room classes—say X number with an ocean view, and X more with a golf course view, Hilliard said. However, if you just offer run of the house, you aren’t guaranteeing the concierge-level rates, she said. So using the lower run-of-the-house rate in your attrition calculation would make more sense.

In addition to early arrivals and late departures, be sure to get credit for first-night deposits kept for no-shows, early departure fees—“it’s all revenue to the hotel, so in my mind that all goes against our attrition fee”—and walked guests, including the nights they stay in another hotel, she said. “I want credit for all the nights they stayed [in the hotel they were walked to], even if the hotel wanted them back, because they may choose to stay at the other hotel and walk over to the meeting, and I don’t want to be in an attrition situation because of that,” Hilliard said.

She suggested considering using this calculation: Attrition damages are “the guest room minimum minus the guest rooms actualized, regardless of the rate paid, including early arrivals and late departures, multiplied by the groups run-of-house rate, times 75 percent profit margin.”

So, for a group that picked up 400 of its 600-room minimum, the old calculations is:

The new calculation is:

7. Whittle down your damages: Factor in slippage. From a legal point of view, Hilliard said, the hotel has already said it is willing to forego revenue on that 20 percent slippage, so you really should only be accountable for the remaining 80 percent. “Remember, we want to make the hotel whole as if you had fully performed, and they were willing to let you just fill 80 percent of the room block, so 80 percent should be considered fully performed,” she said.

So the calculation then would become:

Attrition damages are “80 percent of the guest room minimum minus guest rooms actualized, regardless of rate paid, including early arrivals and departures, multiplied by group’s run of house rate, times 75 percent profit margin.”

She provided this sample attrition clause for some verbiage to consider, using that 600-room-night meeting example:

“Early arrivals and late departures will be included in Group’s pick-up for purposes of calculating attrition. Any deposits retained by hotel for no-shows or early departure fees will also count toward pick-up. Any of Group’s guests with confirmed reservations who are walked will be credited to Group’s pick-up for all nights that they choose to stay away, even if Hotel offers to bring them back.”

Among the ways you can prevent attrition from happening to begin with, or reduce it if it does happen, Hilliard said, are:

• Reduce the damages by the number of comp rooms you had negotiated. “Again, if the hotel is willing to forego the revenues on those comp rooms, that one-per-50 also should be knocked out in the attrition calculations,” she said.

• Make sure that, when verifying the total number of hotel’s rooms that are left unsold, the hotel excludes any off-market or out-of-service rooms from their overall inventory. “They were never going to sell those rooms anyway,” she said.

• Instead of having attrition damages waived if the hotel is 100 percent sold out, look at its average occupancy, say over a three-year period. “So for the purposes of this contract, ‘sold out’ could mean 84 percent, or 92 percent, or whatever that average is,” Hilliard said.

• Head off attrition at the pass by asking the hotel and/or the convention and visitors bureau to help you market the meeting so you can hit your room block numbers.

• Negotiate the ability to credit attrition damages to the bill for a future meeting. “Any time you can use that money for something else, it’s an advantage,” she said.