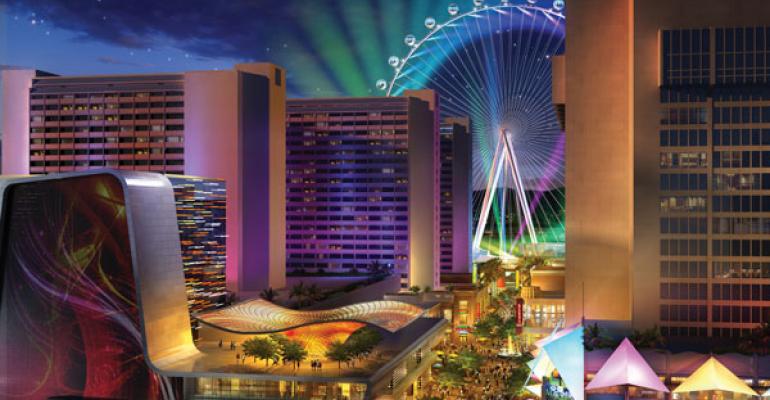 Las Vegas’ Imperial Palace has officially been dethroned. Recently rebranded as The Quad Resort & Casino, the Caesars Entertainment property at the heart of the Vegas strip has nearly completed a year’s worth of renovations to its exterior and public spaces.

Much of the public space in the resort has been renovated, including the valet entrance and front desks. By the end of the year, the casino floor will expand 15,000 square feet to overtake the former porte cochere, and the front façade will be completely transformed.

Chef and TV host Guy Fieri will also open his first Las Vegas restaurant at The Quad later this fall. The restaurant, the name of which has not yet been announced, will be part of The LINQ, an open-air entertainment district accessible from various entry points at The Quad. The LINQ will be home to more than 30 retail and dining establishments as well as the 550-foot-tall Las Vegas High Roller, the world’s tallest observation wheel.

The Quad Resort & Casino has 40,000 square feet of meeting and event space and 2,640 guest rooms and suites.