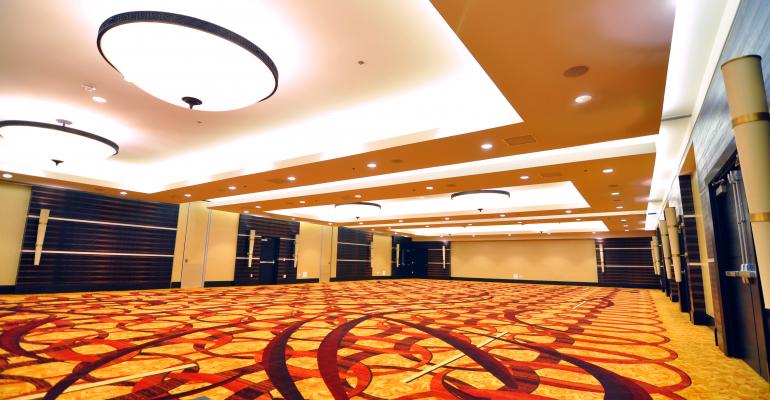 The L.A. Hotel Downtown is nearly finished with its $20 million renovation, and with it will come a new name: the Hyatt Regency Los Angeles Downtown.

A full renovation of the hotel’s 22,000 square feet of meeting and event space was recently completed, including all 17 meeting rooms, two ballrooms, and 4,000 square feet of pre-event space. All of these rooms saw design changes such as new carpet and drapery, in addition to a reworked floor plan.

All 419 guest rooms were also renovated and redecorated in a color palette of red, orange, and beige. The rooms got more modern furnishings; new bedding, carpet, and wall treatments; and upgraded bathrooms and work areas.

The hotel’s lobby is currently undergoing its full renovation to complete the project. Previously an independent hotel owned by the Shenzhen New World Group, a China-based ownership group, The L.A. Hotel Downtown could be flagged as a Hyatt as soon as the end of this year.