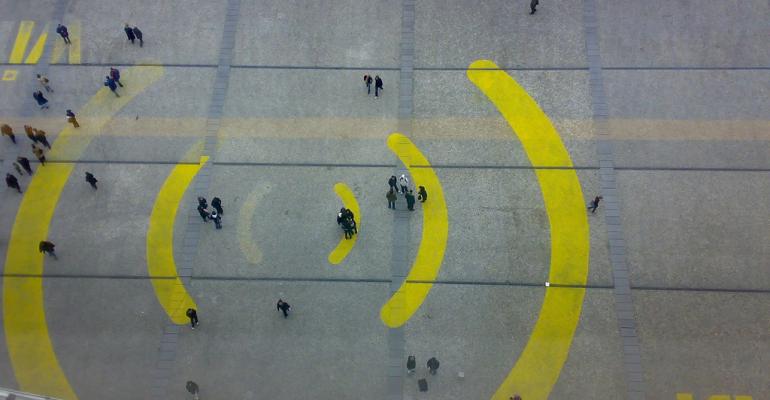 What You Need to Know About Wi-Fi Pricing

Per-person or per-device? By amount of dedicated bandwidth? Is an offer for comped Wi-Fi a good deal? Here are answers to your Wi-Fi pricing questions.

Planners know that Wi-Fi is a key component to a successful program these days. But how can they get the best bang for their buck? What may at first blush sound like the best deal—an offer of free or comped Wi-Fi on the part of the host facility—may be good for the bottom line, but not so good for attendee experience.

As Tim LaFleur, CMP, director, mobile strategy and solutions, Meetings & Incentives Worldwide, said in a recent MeetingsNet webinar, “I used to say that bad food is what’s going to submarine your event. Now I say it’s bad food and bad Wi-Fi. If you’re just going off whatever’s free, understand that it will probably be limited. Unless you’ve negotiated better speeds in your contract, free is not always free. If it’s bad Wi-Fi, there’s a cost to that”—unhappy attendees.

“If I had to say which one I’d prefer, I’d rather it fall somewhere in the middle,” LaFleur said. “If they’re giving it to me for free, chances are, it’s not going to be the best. But I also don’t want to be blowing my budget up paying for Wi-Fi.” That’s why it’s so important to understand the different pricing models venues use, so you can negotiate from a place of knowledge and come to a mutually acceptable deal where the venue and your group both win.

If you’re dealing with a per-person/per-device model, aim to have it be based on the number of people using the bandwidth, not the number of devices. As Harvey said, “No one wants to try to figure how many devices each person is bringing” so the network can be hard-capped for that number. The per-person charge should allow for the two or three devices people typically carry to a meeting, he said. “We find this to be a relatively good pricing model for small meetings. It’s easy to understand, and those meetings don’t usually have complicated Internet needs.”

For larger meetings (or high-stakes smaller meetings), Harvey typically recommends that people negotiate a dedicated bandwidth (with unlimited users). “You are now buying bandwidth that’s always yours, and it generates data, which generates reporting, which you can use to quantify what you’re buying and what you used, and therefore adjust your buying behavior for the next meeting,” he said.

And pay attention to labor charges, which venues can sometimes layer into pricing in “interesting ways,” said Harvey. “If you’re seeing very high per-drop fees for wired connections, chances are there has been some determination of labor added to that quote. If you’re doing a large amount of wired connectivity in one place, it can be a good idea to ask the venue to itemize that on a labor-hours basis rather than on a per-drop connection fee, which doesn’t scale particularly.”

And then there’s network customization, he said, which tends to be on a per-event basis rather than a per-day thing.

When Does It Make Sense to Bring in an Outside Wi-Fi Provider?

Harvey said, “My guiding star is that venue pricing shouldn’t be more expensive than bringing an external Internet provider, though it doesn’t always work out like that.”

LaFleur suggested that the first thing to do is to ask yourself what benefit bringing in an external Internet provider would bring. “Am I doing it for security purposes? Am I doing it so I can control and monitor what is happening with the network better? If the answers to those questions are no, then maybe that would not be the right solution for you,” he said.

Of course, if the hotel contract says you’re not allowed to bring in an outside provider, it may be a non-starter. “If you want to do this, make sure you negotiate for it and get it detailed in the contract that you’re allowed to do it,” LaFleur advised.

If you do bring in an outside provider, be sure to determine whose bandwidth you are really using. “Am I using the hotel’s bandwidth, meaning that the provider I’m bringing in is just bringing the hardware and tapping into the same pipe the hotel has bringing in its bandwidth? Or are they going to bring their own bandwidth as well, in which case it’s usually cellular in nature. What provider are they bringing in—AT&T, Verizon, Sprint, etc.—and do they have coverage in that area?”

LaFleur said to expect that the facility may charge extra to bring in an outside provider “because the facility has to configure networks to allow someone else to bring something in, so they may have to turn off their own access points so the provider coming in is not competing for your signal.”

The most important thing to remember, he said, is that it all needs to be planned for up front, and both sides need to be involved in the discussions.

3 Questions to Ask Your Venue About Wi-Fi

LaFleur offered these three key questions that should be a part of your conversations with the venue:

“Planners and venues both have a say in this,” LaFleur stressed. “There needs to be a good back and forth so both sides get what they need to provide a good experience.”

One good resource Harvey recommended was an RFP Strategy Guide developed by the Convention Industry Council APEX committee on Event Internet and Communications. “The RFP strategy guide gives you the questions to ask to validate onsite support and bandwidth and infrastructure, and also gives you possible answers and some things to think about. It helps you make better decisions on what venues can do to support you, and helps you compare apples to apples.” This and other related resources are available at the CIC APEX website.

[Webinar] Tech Tools at your Fingertips to Make Planning a Breeze
Sep 30, 2022

[Webinar] Carpe Per Diems! A Close (and Fun) Look at Managing Speaker and Entertainment Contracts
Sep 27, 2022

[Webinar] Everything You Need to Successfully Run Your In-Person Events
Sep 22, 2022

[Webinar] Prepared for Anything: How to Set Up Your Event Program to Weather Any Storm
Jul 11, 2022