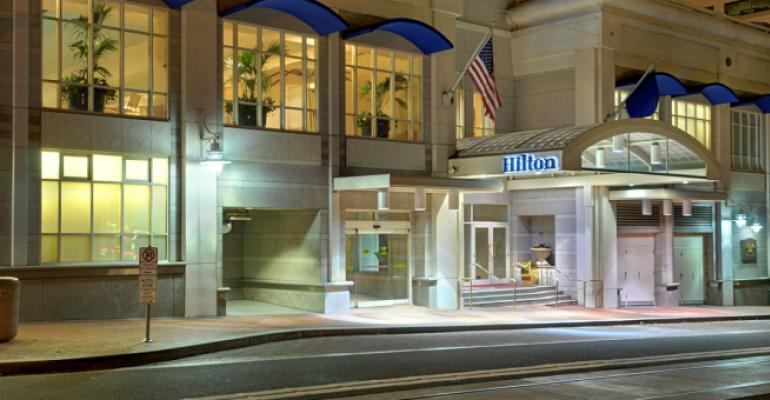 Working Out More Meeting Space at the Hilton Portland Downtown

The 455-room Hilton Portland Downtown has completed a multimillion dollar property-wide renovation that includes a complete overhaul of the meeting and event space, guestrooms, lobby, and new bar and restaurant venues.

The hotel now boasts 60,000 square feet of versatile meeting space, which reflects the addition of 6,500 square feet of two new breakout areas following the conversion of the former athletic club. A new fitness room has been created on the first floor. On the second floor, a 5,500-square-foot ballroom has been added, creating a space that features natural light from the windows on three of the walls as well as a large skylight. Meeting space also includes the renovated 12,657-square-foot Grand Ballroom, 30 individual breakout rooms, and 4,000 square feet of pre-function space on the Plaza Level, which was expanded by 600 additional square feet.

The redesign of the first floor hotel lobby features a new front desk and a communal seating area next to HopCity Tavern & Market, the hotel’s locally sourced American gastro pub that opened in 2015. The lobby area was reconfigured to incorporate materials that are indigenous to the region. With inspiration drawn from the city’s 1960s roots, the redesigned guest rooms feature new artwork, furniture, and technology.

The hotel also features a second tower, the Duniway Portland, which has 327 guest rooms.