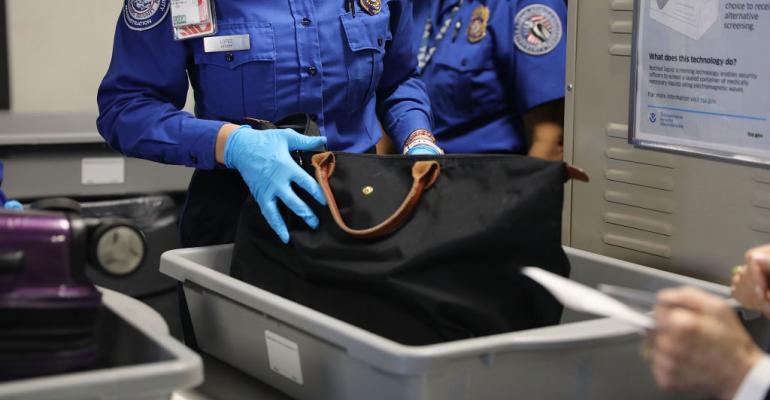 Whether you just say thank you or buy them a coffee, please remember the unpaid security workers keeping you safe.

The partial government shutdown is now in its 32nd day, and this Friday will mark the second missed paycheck for government workers. There are reports of TSA screeners calling in sick and federal workers taking jobs as Uber drivers to pay the bills. If you are traveling during the shutdown, you may be looking for ways to thank federal workers, such as Transportation Security Authority screeners, for continuing to do their jobs.  For good reason, it is illegal to tip airport security workers, as this story from the Points Guy makes clear. No one wants to see bribery in the security line, and even if the motive behind the tip is honorable, it can still cost the screener his or her job, as this Washington Post piece written by a TSA officer shows.

But as the shutdown drags on, creative ways to help out workers who won’t be getting a paycheck on Friday are emerging.

Airports in Seattle, Tampa,  Phoenix, and other cities have set up food donation collection points to distribute food and gift cards, and individual travelers are beginning to donate gift cards for security screeners who are not getting paid.

I spoke with one individual who dropped off four gift cards at a New York–area airport. He said the TSA supervisor at the main security desk thanked him and told him that they would be distributed among the workers for that shift. If you decide to go this route, here are some things to keep in mind:

1.     Since federal employees cannot accept cash or gifts over $20, it’s best to buy several gift cards in smaller amounts, rather than one card in a large amount.

3.     Visa or Mastercard gift cards, unfortunately, count as cash, and checks or cash are much more likely to get everyone, including the giver, into trouble.

4.     Drop cards at the main TSA security desk rather than hand them to individual screeners to avoid any appearance of bribery.

This type of donation is still legally murky but if the airport you are traveling from does not have a donation point for food, it is understandable that travelers will want to find other ways to alleviate the hardship the shutdown is causing security workers.

At the very least, let’s all smile and say thank you to the people entering the second month without pay who are still showing up to keep us safe.