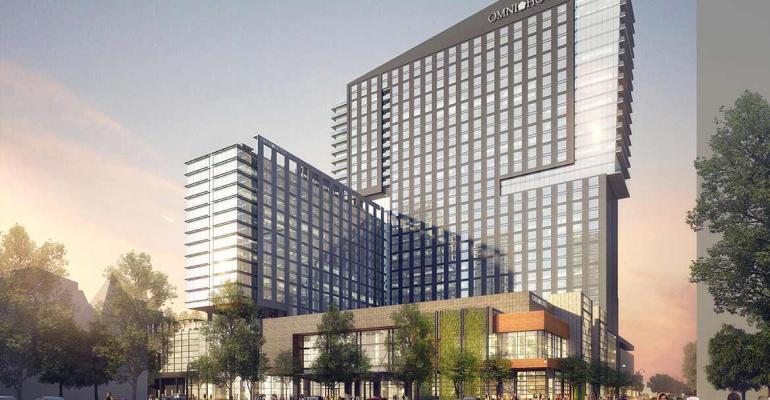 The 612-room property that opened in March is part of an ongoing hotel building boom in Louisville.

The 612-room, 30-story Omni Louisville Hotel celebrated the early completion of its $300 million development project with a ribbon-cutting ceremony in early March. The hotel, which offers 70,000 square feet of flexible meeting space and three restaurants, joins six additional hotels that opened their doors in the past 18 months in the Kentucky city. There are 16 more properties in the works, all but two of which are expected to be completed by early 2019. The Kentucky International Convention Center, adjacent to the new Omni, also is under renovation and expansion, which is slated for completion by August 2018.

The hotel boasts 33 meeting rooms, the largest of which is more than 20,000 square feet. On-site restaurants include Bob’s Steak & Chophouse, Neighborhood Services, and Falls City Market, which also offers groceries. Also on site is the Pin + Proof speakeasy-style bar, which includes bowling lanes; a bourbon-themed Library Bar; a rooftop pool and bar; and a Mokara Salon and Spa with a fitness center.