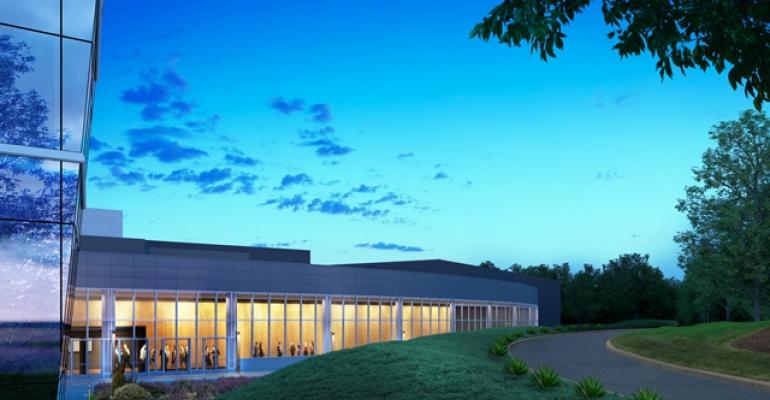 The $80 million Mohegan Sun Exposition Center is scheduled to open in the summer of 2018.

Officials from the Mohegan Tribe and Mohegan Sun gathered in Uncasville, Conn., on March 23 to announce that they have begun construction on the Mohegan Sun Exposition Center, with a target opening date of summer 2018. The new center, which will be built near the Winter parking garage and the property’s newest hotel, Earth Tower, will bring the Mohegan Sun’s total meeting space to more than 275,000 square feet.

The 131,000 -square-foot center is the showpiece of a 240,000-square-foot, $80 million expansion that will include free parking, six loading docks from an open parking field, and additional drive-in access from two grade-level drive-in doors. There also will be 3,600 net square feet of outdoor event space, including a wraparound terrace, and a more than 5,000-square-foot kitchen.

The new, column-free center will have a 22,000-square-foot ballroom that will be able to accommodate 1,600. It will be divisible into two rooms and include more than 3,000 square feet of prefunction space. The 18 meeting rooms will range from 360 square feet to 675 square feet. The center also will have a 1,263-square-foot boardroom that includes its own prefunction space and outdoor terrace. The center also will offer free Wi-Fi.

The new center is being built to attract more corporate and association trade shows, as well as consumer, sport, and tech industry shows, and musical productions. Mohegan Tribal Chairman Kevin Brown said at the announcement, “This new conference center will … enable us to host some of the largest trade shows in the nation and take back some of the lost conventions that seek bigger venues in Boston and New York.”