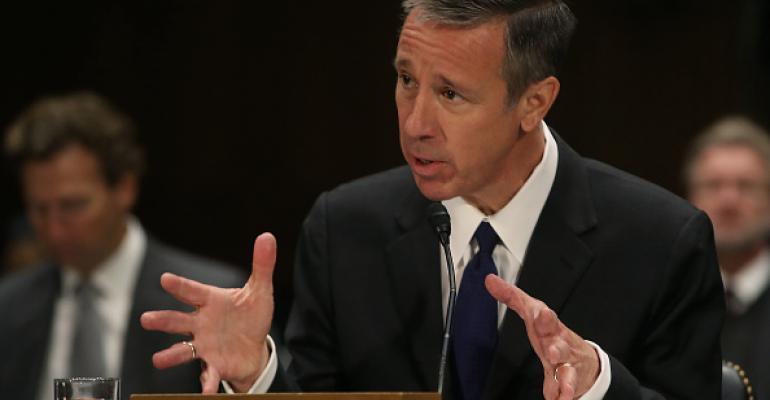 Arne Sorenson will stay on the job during treatment ahead of surgery scheduled in late 2019.

On Friday, May 3, Marriott International announced that Arne Sorenson, the firm's president and CEO since 2012 and its first leader from outside the Marriott family, was diagnosed with stage 2 pancreatic cancer and will begin chemotherapy within a week. Doctors from Johns Hopkins Hospital in Baltimore made the diagnosis and said that Sorenson will need surgery by the end of the year.

"The cancer was discovered early," Sorenson, 60 years old, said in a company release. "It does not appear to have spread and the medical team—and I—are confident that we can realistically aim for a complete cure." As a result, "we are not anticipating a leave of absence at this point," said a Marriott spokesperson in the release.

Marriott is scheduled to release its first-quarter financial results on May 10, and Sorenson will be on the earnings call next week, the company said. Even so, the spokesperson noted that "we have a succession plan and process in place should the need [for a leave of absence] arise." That plan and process existed prior to Mr. Sorenson's diagnosis and is subject to annual board review.

Sorenson led the acquisition of Starwood Hotels & Resorts Worldwide in September 2016, creating a company with 30 hotel brands. In March, Sorenson spoke at a U.S. Senate committee hearing on the issue of private-sector data breaches. Marriott is still working through problems associated with its Starwood acquisition, including the hacking of the reservation database for Starwood, which was discovered last November. Labor strikes took place in several cities late last year; all are settled. D. Taylor, president of Unite Here, the union that represents more than 20,000 Marriott service workers, said "Arne Sorensen is a warrior who has overcome many challenges in his life, and we look forward to his full recovery from this latest one as well."