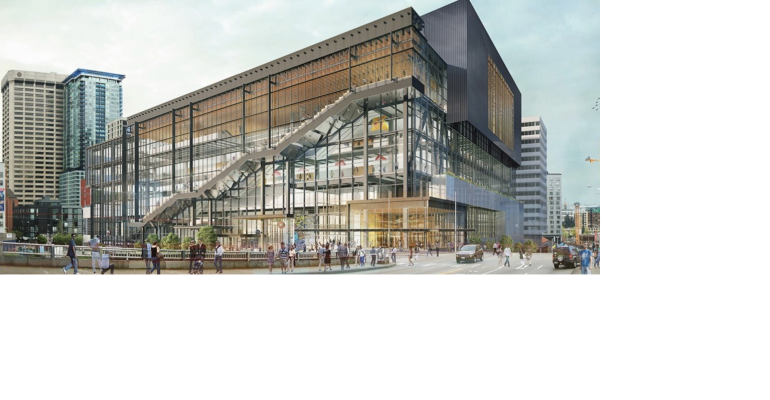 The expansion of the Washington State Convention Center (rendering shown here) could be pushed back from a 2022 completion without federal funds to replace lost lodging-tax revenue.
Destination & Venue News>U.S.

Financial Pain Stretches Across the Industry

Like hotels and restaurants, entities such as convention centers and bureaus have had to make wrenching decisions that could have long-term consequences.

Newly released projections by research firms STR and Tourism Economics say that hotel occupancy for 2020 will be down nearly 46 percent from 2019, before bouncing back in 2021 but well below pre-pandemic levels. While the impact of the coronavirus crisis on hotels and restaurants is obvious to meeting and convention planners, though, another segment of the hospitality industry that’s suffering greatly from reduced hotel business is convention centers and convention bureaus.

The reason: In many cities, lodging-tax revenues are a primary budgetary source for the center, the bureau, or both. As a result, the huge decrease in hotel occupancy and lodging-tax revenues projected for 2020 is causing some destinations to enact significant changes to the operations and future plans of their centers and bureaus. For instance, executives at the Washington State Convention Center in Seattle sounded the alarm on May 15 that the facility’s $1.8-billion addition project, presently 30 percent complete and slated for a 2022 debut, will have to be pushed back if federal stimulus funds are not allocated to the firms supplying workers to the project, replacing lost hotel-tax revenue.

In Newport, R.I., the convention and visitors bureau, Discover Newport, laid off 18 of its 22 employees and halted all advertising and trade show participation to account for an operating budget estimated to fall from $3.7 million in fiscal year 2019 to $1.1 million for FY 2020 that starts on July 1. Ninety percent of the bureau’s budget comes from the state lodging tax.

Evan Smith, executive director of Discover Newport, says that his organization has applied for disaster relief loans from the SBA and asked its congressional delegation to lobby for 501(c)(6) organizations to be eligible for payroll protection funds in the not-yet-passed CARES 2 Act. He’ll also ask cities and towns in Rhode Island to include Discover Newport in community block-grant applications.

“A lot of [bureaus] are on the same road as us,” Smith says. “The whole industry will lose a lot before a vaccine is found.” Tim Walsh, vice president of sales for Discover Newport, notes that half of the city's hotel revenue comes from meetings that take place mid-week, and that while small meetings are starting to inquire about space, big cities like Boston and New York are also looking to land smaller meetings until large events start up again.