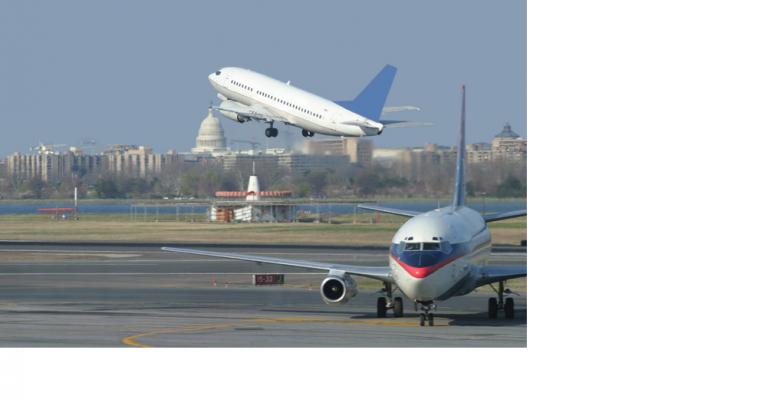 September 30 ends the financial support to carriers—as well as the no-layoffs and minimum-service guarantees attached to that money. Will the second stimulus package include them?

The news this week has not been good for the in-person events business. In addition to the spikes in Covid-19 cases in Florida, New York, and Wisconsin; the likely nationwide jump in cases coming in fall and winter; and the decision by all Broadway theaters to not resume live shows until at least early 2021, the federal government's financial support for the airline industry has come to an end as well. So, the airlines must now make hard decisions on the number of flights, routes, and pilots they will employ going forward.

The $25 billion in federal aid to airlines that expires today came with conditions: no furloughs and a minimum number of flights operating. On October 1, however, those stipulations disappear with the funding. And if airlines are not included in a second stimulus package now under discussion by Congress and the Trump administration, it’s likely that both jobs and flights will be eliminated—and those flights might not come back quickly whenever the Covid-19 pandemic is muted enough for business travel to pick up again.

Southwest CEO Gary Kelly told CNBC on September 23  that without another round of stimulus, “if we cut our flights too much, then we cut a lot of itineraries and that revenue loss accelerates much faster than the cost cuts do. We have to strike the right balance.” He said that for the time being, Southwest is sticking with capacity cuts of about 45 percent from one year ago.

At United, a September 28 agreement between the pilots’ union and management reduces pilot hours across the board in order to avoid as many as 3,000 furloughs.The airline is still planning to cut roughly 13,000 jobs beginning next month, and American Airlines will cut about 19,000 jobs.

While tens of thousands of other employees across all U.S. airlines have accepted carriers’ offers of buyouts or leaves of absence to reduce head count, airlines are hesitant to furlough pilots because their training is costly and time-consuming. United CEO Scott Kirby has said he doesn’t expect demand to return to more than half of 2019 levels until there is a Covid-19 vaccine, but noted the carrier should be ready to take advantage of a recovery.

Bryan Quigley, United’s senior vice president of flight operations, told pilots on Monday that “your support of this creative and unique agreement puts us in an unparalleled position of strength when demand recovers…greatly enhancing our ability to welcome more passengers and return to the 2019 levels of seat and fleet advancement more quickly.

At Delta, a plan to furlough more than 1,900 pilots has been delayed until the specifics of the next stimulus package are finalized. And JetBlue says that it would not consider pilot furloughs until the end of 2020, though the pandemic likely will not be muted by then.

If pilot furloughs do happen, keep an eye on route schedules. Given that airlines would have to retrain furloughed pilots before expanding flight schedules to pre-pandemic levels, smaller cities would likely see less service for some time—even after Covid-19 is contained—if the stimulus package does not include airlines, according to Robert W. Mann, a veteran airline-industry analyst. “We saw after the 2009 financial crisis that airlines were able to bring back only about two-thirds of their pilots; some went to other airlines, some went into private aviation, and some retired,” he notes. “Of the pilots that do come back, many will need time to become certified on different equipment than they were flying before the furlough. Airlines have already filed flight plans with the FAA that reduce the number of flights to secondary and tertiary cities, so it would certainly take time to get supply back to where it was.”

In light of all this, the U.S. airline industry is hoping that a second stimulus package from Congress includes them, and soon.