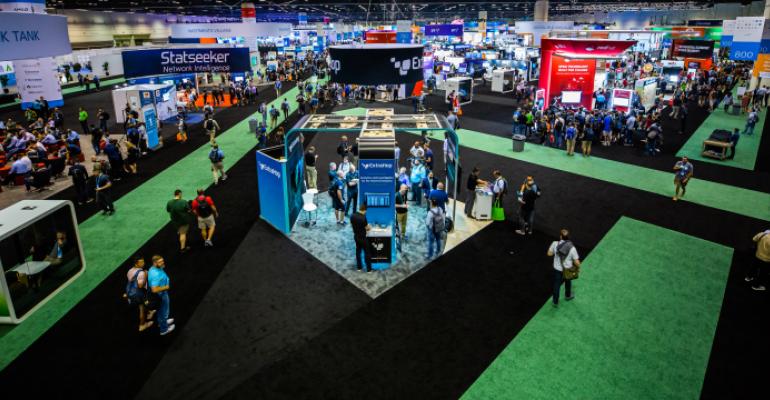 Activate This! How to Design a Next-Level Event Sponsorship Program

Industry experts weigh in on activation strategies to reinvent your conference sponsorship.

Attendees cruising the hallways of Pittsburgh’s convention center at the Convening Leaders conference earlier this year could get their photo taken in a yoga pose against a backdrop photo of British Columbia, enjoy a glass of Napa Valley wine in a cozy café, and have their personal seasoning mix created by a renowned Fort Worth chef. These are just a few of the dozens of experiences offered by sponsors during the Professional Convention Management Association’s biggest annual event.

“The hallway activations at Convening Leaders were the best I’ve seen in our industry,” observes David Lutz, managing director of Velvet Chainsaw, a leading consultancy for optimizing events. “These were attendee-focused experiences designed to bring the sponsorship alive. ” That’s a heck of a lot more than exhibitor swag, logo-imprinted lanyards, or 20-foot banners can deliver, he says.

“The problem is that we’ve miscategorized what a sponsorship is—it’s a powerful marketing strategy that builds emotional connection that can change attendee behavior,” Lutz explains. While big brands have been evolving fan experiences at events to build loyalty and connection, convention and trade show organizers are only just beginning to wake up to the power of the “activation” experience. “We’ve got a ways to go. Organizations have to think of their attendees more like fans. … [but] we are seeing exhibitors and sponsors bringing new, more sophisticated approaches to the table.”

For Lutz, one of the common pitfalls of sponsorship management is this: “People are very quick to outsource sponsorship sales. But don’t expect miracles when you outsource. We’ve learned that when leadership gets involved, more doors will open because sales are more likely to follow when there is a relationship to begin with.”

Another problem with sponsorships is often there are “too many cooks in the kitchen,” he says. Associations tend to organize event sales around their products: such as advertising, exhibiting, and sponsorship. The result is “a lot of internal competition for dollars and different people within the organization calling on the same buyer for the same event. That drives buyers nuts! ” Instead, associations should organize their event sales around their top 10-20 customers, he suggests. A good sign is that more associations are starting to take a holistic approach to sponsorships and partnerships, including programs that offer year-round engagement opportunities.

Another ineffective strategy: offering a lower-cost opportunity to investors with smaller budgets, such as selling a $2,000 banner on the registration email as an individual offering. “We’ve analyzed spend like this, and you are better off bundling the lower-cost item with the package offered to the largest investors. The reason is there’s lots of churn with lower-level investors. It’s better to offer the small-sponsor segment a ‘booth-plus’ opportunity, something more transactional, such as an enhanced listing and logo on the floor plan.”

Speaking of churn, there’s an unhealthy amount of it when it comes to print advertising tied to convention publications, Lutz adds. “Two hundred pages of ads in a convention program—who is going to look at that? How is that serving the attendee?”

In Lutz’s view, the biggest area to grow sponsorship dollars is thought leadership. “Exhibitors want to be seen as engaging in more ‘helping’ activity and less ‘selling’ activity.” He pointed to San Francisco’s sponsorship of Billie Jean King as the keynote speaker at Convening Leaders in January. San Francisco Travel CEO Joe D’Alessandro moderated an inspiring conversation with the sports star and advocate. “What a way to build an emotional connection with attendees—not by talking about the destination but by talking with someone who represents the values and the profile that the destination would like to convey.”

Buying out one or more restaurants near the convention center and using them for client activations is an increasingly popular sponsorship opportunity, especially at large shows, says Hellena O’Dell, Freeman’s senior vice president, sponsorship engagement. In these scenarios, clients invite their top buyers/prospects and Freeman themes the restaurant with the client’s brand and the show’s logo.

“It takes the show experience beyond the walls of the convention,” O’Dell says. “It’s a customized opportunity for the sponsor, builds a ‘surprise and delight’ experience for the attendee that creates emotional connection, and drives revenue for the show organizer. A win-win-win.”

It’s all part of how brand marketing is evolving in response to consumers’ preferences for experiences, she points out. Traditional sponsorship offerings focus on signage, advertising, and other passive benefits. But opportunities for engagement—including session sponsorships, executive forums, thought-leader stations, community activities, and exclusive or VIP networking meetings—might align more with business priorities and desired results. 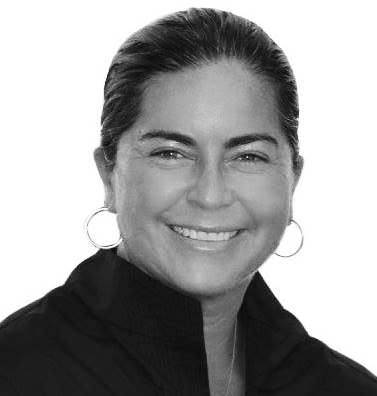 “Overall, you want to rethink sponsorship opportunities, and be sure to create ones where people leave the event thinking ‘I can’t believe I just experienced that at a meeting.’”

Great opportunities exist for activations on the show floor, especially those built around food and beverage, O’Dell says. “It’s not about spending more on F&B but spending that money in a different way. If you’re going to offer coffee, why not have an expresso station that can be themed and sponsored?” Creating simulated outdoor “parks” on the show floor where people come to sample creative food and beverage offerings is an attendee-focused experience that appeals to sponsors, creates a different vibe than the exhibit booth, and allows buyer-seller conversations to grow organically, she says. And naming rights, which allow sponsors to “own” a category, such as a dedicated area of the show floor, can be a great way to increase sponsorship revenue, she adds.

Another branded show floor opportunity: using meeting pods (see photo) for private, executive-level conversations with customers. These are especially popular when there’s limited meeting space in the convention center, O’Dell says. “The pods are amazingly soundproof and create a space for conversation that’s just steps away from the booth area. Exhibitors love the convenience.”

While there will always be a place for standard options like banners, “there’s no real ROI in banners themselves, so don’t sell 100 banner opportunities. Sell three, and have each carry a call to action, such as ‘Meet us in booth xyz,’” she says. In fact, calls to action should be imprinted on lanyards, advertising, and other traditional sponsorship offerings. “Overall, you want to rethink sponsorship opportunities, and be sure to create ones where people leave the event thinking ‘I can’t believe I just experienced that at a meeting.’”

The Challenge Ahead: Measurement

After spending more than a decade as senior vice president for the pioneering sponsorship firm IEG, Jim Andrews is a speaker, consultant, and educator focused on sports marketing and sponsorship, and is considered one of the industry’s gurus. In his recent article on LinkedIn, he describes a big challenge for sponsorship programs of all kinds and sizes:

“Right now, sponsorship doesn’t provide the analytics, doesn’t draw the through-line from campaign to end result. As more marketers expect that as the norm, as their brands need to be more accountable for their marketing spending—and sometimes put more of it into the hands of procurement departments—sponsorship runs the risk of getting left out if we don’t up our game.”

Industry surveys highlight the measurement problem that Andrews refers to. In ECEF’s recent survey, proving exhibitor/sponsor ROI continues to rank as the second biggest challenge for show organizers. (Growing attendance was the top challenge, as it has been for the last several years.) Among the five top challenges reported by respondents in the PCMA/Convene sponsorship study released last year: Sponsors requesting more details about how their money is being spent as well as data on who benefits from that support.

Andrews says businesses and organizations, most especially big brands, are doing a great job of getting closer to customers through data analytics, but aren’t often taking the next step “and using fan and audience data for building partner value. That’s where real, sustainable growth in partnership revenue is going to come from.”