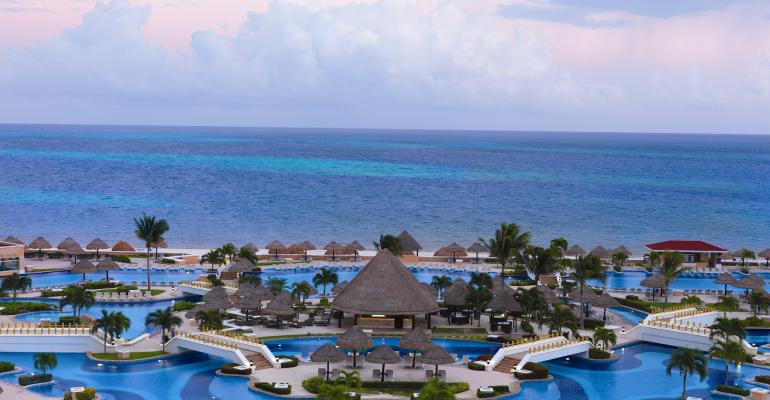 Moon Palace Golf and Spa Resort, which wrapped up a major $55 million property renovation in April, is now at work on a new 140,000-square-foot meeting facility that is expected to open by the end of the year. The new Moon Palace Arena will allow the 2,400-room, beachfront Moon Palace to host groups of up to 10,000 attendees.

The arenawill include eight meeting rooms (about 11,000 square feet each), an exhibition area, foyer, outdoor terrace for events, and a mezzanine level with offices and boardrooms. Among the first major groups to use the facility will be Tianguis Turistico, Mexico’s leading travel industry event, in May 2014—the first time the conference will be held in Cancun.

Other features recently added to the resort include a wave simulator, allowing guests to try surfing in a pool, and a Dolphinarium—a 37,000-square-foot saltwater aquarium, with eight dolphins and a team of trainers from Dolphin Discovery.

Pursuing Happiness on the Coast of Brazil
Aug 14, 2013