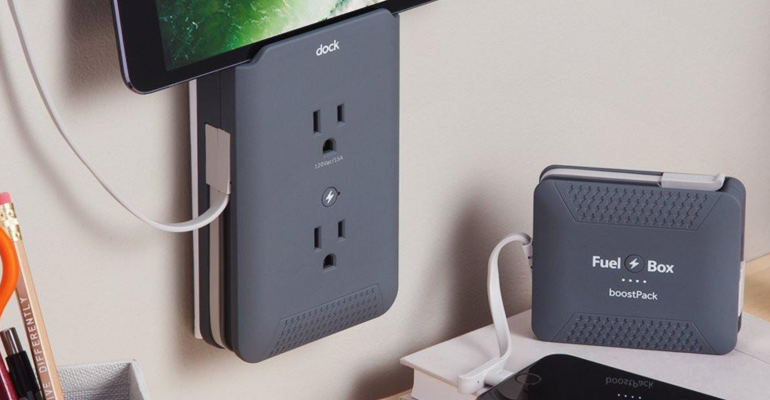 At the Professional Convention Management Association Convening Leaders conference, in Nashville, Tenn., Amanda Marijanovic, founder and chief creative officer at Inneraction showcased products from four tech companies that can help planners take meetings to the next level this year.

Content Is King
Digitell was founded by President and CEO Jim Parker in the 1980s. The company began by recording conference sessions on cassette tapes and evolved with the times to offer CDs, DVDs, and online playback. The company now offers the OPUS DX platform, a learning management system streaming live events and on-demand access to conference sessions and presentations. Parker calls it a “content monetization platform,” and urged conference organizers to recognize the value of their content. He recommends charging the same for access to the online version of the session as you would to attend in person. After all, someone watching the session online has already saved money on the trip, and by giving away content for free, planners are unintentionally devaluing it.

But that’s not the only return on your content, Parker says. “You can have a sponsor for your livestream if you need to, but also bear in mind that around 12 percent of the people who pay to watch the livestream sign up for the conference the next time.” He adds, “As humans, we want to learn with others.”

Parker says the Opus platform also excels at managing promotional codes and discounts for exhibitors. He says, “Say you have 100 exhibitors and as part of the package they can send a promotion code so that their prospects and clients who couldn’t be at the show can benefit from your content. Even if only ten people from each exhibitor respond, that is a thousand more potential attendees you have engaged with minimal marketing on your part.”

Raising Referrals
The Gleanin Connect referral marketing platform is designed to help fans of your event advocate across their social networks. Gleanin Connect works as an add on to your registration platform, making it easy for your attendees to share that they are going to an event and encourage others to sign up with easy-to-customize invitation tools. Beck says, “Our referral engine prioritizes person-to-person referrals, and the power of recommendations from people who genuinely know each other is like gold.”

Gleanin also provides the ability to tell would-be registrants who in their social media networks has already registered for the event. Beck says, “Connecting on social media is opt-in only, but if they do, they will see which friends will also be attending. They can also choose to broadcast their attendance on social media to boost pre-event excitement.” Beck claims that the platform has so far produced an average of a 4.5 percent increase in attendance.

Beck says that if a company wants to incentivize referrals, Gleanin can track all outreach and provide metrics on successful referrals. The incentives could take the form of swag, discounts on the conference pass or accommodations, or something as simple as Starbucks gift cards.

Mic Drop
Conferences i/o is a web-based audience response platform that can give session presenters instant feedback and actionable insights. Conferences i/o cofounder, Scott Cohen, says, “The system is accessible to everyone via a link, even if the attendee hasn’t downloaded the event app, and once the session begins, there is no more running around the audience with a microphone.”  Attendees go to URL for that session on the Conferences i/o site, add a question, or “up-vote” a question someone else has posed. The ability to endorse a question means that the attendees prioritize the top questions, an important factor when there is limited time at the end of a session for Q&A.

Giving attendees the ability to submit questions online (anonymously if they chose) rather than in person, means that shy people have the opportunity to respond, and avoids people who may take up a lot of time with an obscure question that is not interesting to the rest of the audience.

The platform can also be used for surveys and polling, and answers can be embedded live in the speaker’s presentation. Questions can be submitted before the event as well as during, so that the presenter has a sense of what the audience is really interested in, and the same platform can be used for speaker evaluations.  Cohen says, “Half the value of the platform is the data gathered from the session. Planners can export it with the click of a button to Excel to see evaluations, questions and surveys,” to parse for future events and topics.

Juiced Up
Kelly Foy, vice president for hospitality and events at FuelBox, says, “We’ve all been there, freaking out because our phone is dying and we left the charger back in the hotel room.”  FuelBox is harnessing the latest technology and a nifty design to make sure that doesn’t happen at your next event. The FuelBox Ultimate Charging Solution is a combination of a device docking station and a portable battery that works with almost every device (it has a USB port as well as a built-in Apple Lightning charger). The docking station plugs into a wall outlet but lets the user plug up to two, three-pin plugs into it while charging a phone or tablet with an attached cord. The Booster pack fits into a pocket, has a built-in 6,700 mAh battery that holds up to four full charges for your devices, and charges twice as fast as a regular wall socket. LED lights show how much charge is left and the Docking Station has a shelf to hold your device while it’s charging, no more leaving your phone on the floor to be trodden on. The Ultimate Charging Solution comes in white or gray and can be customized with an event or corporate logo in up to four colors.

Foy says later this year the company will launch a FuelBox Slim portable charger that uses Qi (inductive wireless) charging. Users can simply put a phone on top of the device and it will charge without cords or plugs. Even further in the future, Foy says FuelBox is working on what he calls, “true wireless charging.” He says, “Imagine a device sitting in a breakout room, harvesting ambient energy from humans, the Wi-Fi, excess energy from the grid, and charging phones up to 30 feet away. No plugs, no waste.”

Until then, FuelBox can at least help you keep your phone off the floor.