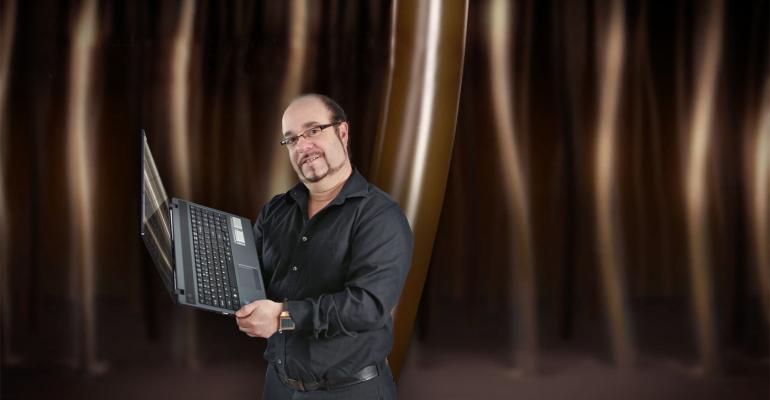 Today's college students benefit from content delivered in chunks that are 10 minutes or shorter, says Paul Lipsky, MFA, Five Towns College. Would that work for your attendees, too?

A 3D animator for more than 30 years, Paul Lipsky believes that a lot of educational institutions that teach creativity to budding artists “do a very poor job of it.” Students in creative fields often have even less patience for traditional classroom learning than other students, Lipsky contends. “I don’t fool myself into thinking that people will listen to me for more than five or 10 minutes max,” he says. With that in mind, his solution is to “nuggetize” information, presenting a new concept in less than 10 minutes and then letting students practice through hands-on activities.

“Instead of reaching for their cell phones for instant gratification, I let them get that feeling by touching a mouse or playing with a computer program.” And the exercises don’t have to be serious. For example, when he’s teaching Photoshop, Lipsky says he might give students a photograph of a duck and “see who can mutilate the duck the best” by using tools to change the duck’s appearance. “Playtime is an important part of learning,” he says. “It helps cement the concepts you just taught.”

Another key element in Lipsky’s classes: “You need to be consistent and let people know what’s coming up next” so they’ll be sure to pay attention. For example, Lipsky tells students that there are certain concepts they need to learn so well that it becomes part of their subconscious mind. “I call it the ‘running down the stairs’ theory,” he says. “If you’re running down stairs, the minute you have to stop and think about what you’re doing, you’re going to fall. It’s the same with software. There are some things you have to learn so well that you don’t have to stop every few seconds to think about what you’re doing.”

Often, Lipsky says, he’ll stop a lesson abruptly and tell students, “‘Okay, get ready: This is a running down the stairs lesson.’ They know to drop everything and listen when I say this.”

Meeting leaders, too, can benefit from this tactic. “If you feel like you’re losing people, sometimes the easiest thing to do is to simply remind them to pay attention,” he says.

Next Up: A University of Michigan professor makes the case against phones in the meeting room