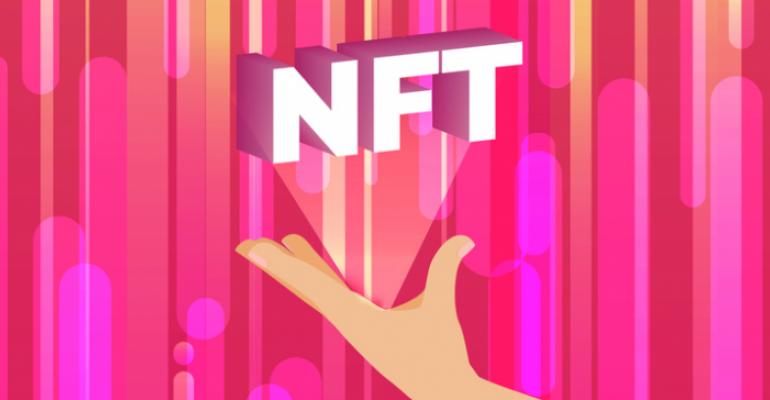 Should Event Organizers Have NFTs on Their Radar?

Non-fungible tokens might sound esoteric, but the digital assets have gone mainstream and are finding their way into meeting and loyalty programs.

How long will it be before an association creates a fundraiser around the release of non-fungible tokens (NFTs), or a company gives away NFTs as part of a loyalty program, or a new conference is created that is only open to those who own a certain NFT?

You guessed it. All these NFT happenings are already in the books.

At the most basic, an NFT is a digital collectable. It can be an image, video, or audio clip, but what’s important is that an NFT is unique and that it’s stored on a digital ledger, or blockchain, which provides proof of exclusive ownership.

The concept has soared in popularity this year, with mainstream organizations jumping into the fray. Macy's auctioned off 10 NFTs based on Thanksgiving Day parade balloons, with proceeds going to the Make-A-Wish Foundation; on November 10, Disney dropped its first NFTs based on its owned brands, including Marvel and The Simpsons; and on December 4, Marriott International auctioned off three travel-themed video NFTs at Art Basel Miami Beach 2021 (winning bidders also got 200,000 Marriott Bonvoy points).

Where do meetings and events intersect with the NFT trend? It’s still early days, but consider these benefits and related developments:

• Member Connections. Some associations see NFTs as a community-building opportunity. The Country Music Association, for example, launched 1,000 NFTs in conjunction with the 55th annual CMA Awards Show in November. Each NFT artwork, modestly priced at $25 each, includes special benefits like access to a digital community and special CMA events. The NFL Players Association and the American Association of Professional Baseball have also released fan-focused NFTs, featuring top plays in a season and other collectibles.

• Exclusivity. The first NFT-ticketed conference, VeeCon 2022, is scheduled May 19-22 at U.S. Bank Stadium in Minneapolis. Tickets are not open to the public. To attend, you must own a VeeFriend NFT.

• Fundraising. In April, the National Independent Venue Association put a new spin on a fundraising event. The association raised more than $200,000 through an NFT sale to help struggling independent music venues stay afloat during the pandemic. Winners of the NFT auction also got VIP tickets to music venues. The Texas Democratic Party is also trying a non-traditional fundraising approach by auctioning off some unusual political memorabilia: NFTs of the arrest warrants for the Democratic state representatives who left the state this summer in an effort to block a Republican bill on voting rights.

• Loyalty Rewards. In October, the Clinique beauty-products brand began using NFTs in its loyalty program. Instead of selling NFTs, they’re giving customers who participate in the rewards program the chance of winning an NFT artwork along with other perks. Where could meeting planners take this? How about using an NFT as a virtual pillow gift that provides early access to new product releases? Or rewarding members or employees who have attended the conference for 10 consecutive years with a special NFT, with ownership providing access to a special online community event?

Event planners will also want to consider how NFT trends could be incorporated into their programming in the year ahead. Two high-profile events are getting into the act: the technology megashow CES has announced a new program focused on NFTs and other blockchain-based technologies and businesses for the January event in Las Vegas, and the Austin-based new-media event SXSW plans to not only mint the first SXSW NFT for its March 2022 event but also offer sessions on how to create tokens.

If your attendees are interested in art, technology, marketing, legal trademark issues, or fundraising, there’s a good chance they’re thinking about NFTs.