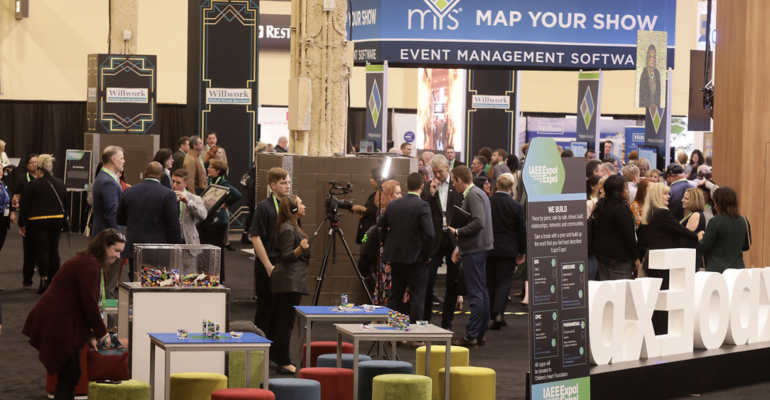 At the International Association of Exhibitions and Events’ annual meeting—known as Expo! Expo!—held in Las Vegas in early December, both the association and its exhibitors made sure to deliver interactive elements that encouraged its 2,300 attendees to learn, network, and move through every area of the show.

The big change this year was the creation of The Hangout, which occupied the two center sections of Mandalay Bay’s largest ballroom. There, attendees could participate in 20-minute learning sessions in a variety of formats and mingle at networking stations featuring different attractions and seating. IAEE used the outer sections of the ballroom to host the formal breakout sessions, so it was just a short walk from any breakout to The Hangout. With so much other engaging activity happening on the nearby trade-show floor, though, The Hangout was only open before and after exhibit-hall hours each day.

Here are some set-ups from both The Hangout and the trade-show floor that were designed to grab and hold attendees’ attention, and send them away with useful knowledge and new industry contacts.