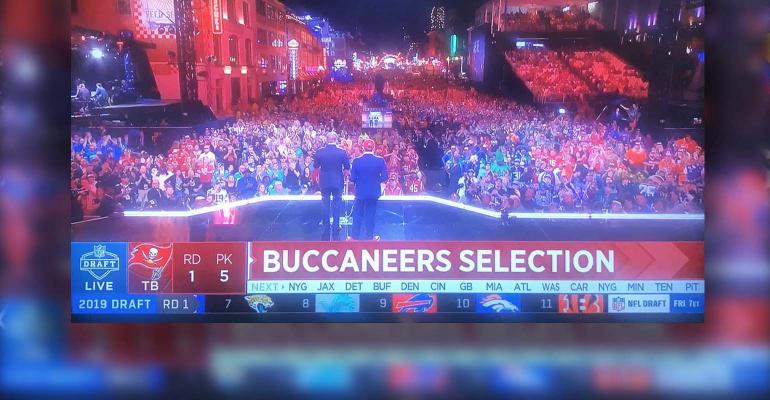 Nashville has hosted some big citywide conventions over the years, but the National Football League was the client that demonstrated just how large of a citywide can fit in that town.

On Thursday, April 25, the three-day NFL Draft—where teams choose players from universities across the country—began with a bang, occupying a six-block stretch of Lower Broadway from the Cumberland River to Bridgestone Arena. Near the river, a three-story-high stage with enormous LCD panels (photo below) stretched from storefront to storefront across Lower Broadway, looking down Nashville's "honky tonk row" of music bars, restaurants, the Johnny Cash Museum, and the Hilton Nashville Downtown. Football fans from around the country enjoyed live music, games and contests, and food and beverage outlets set along Lower Broadway. 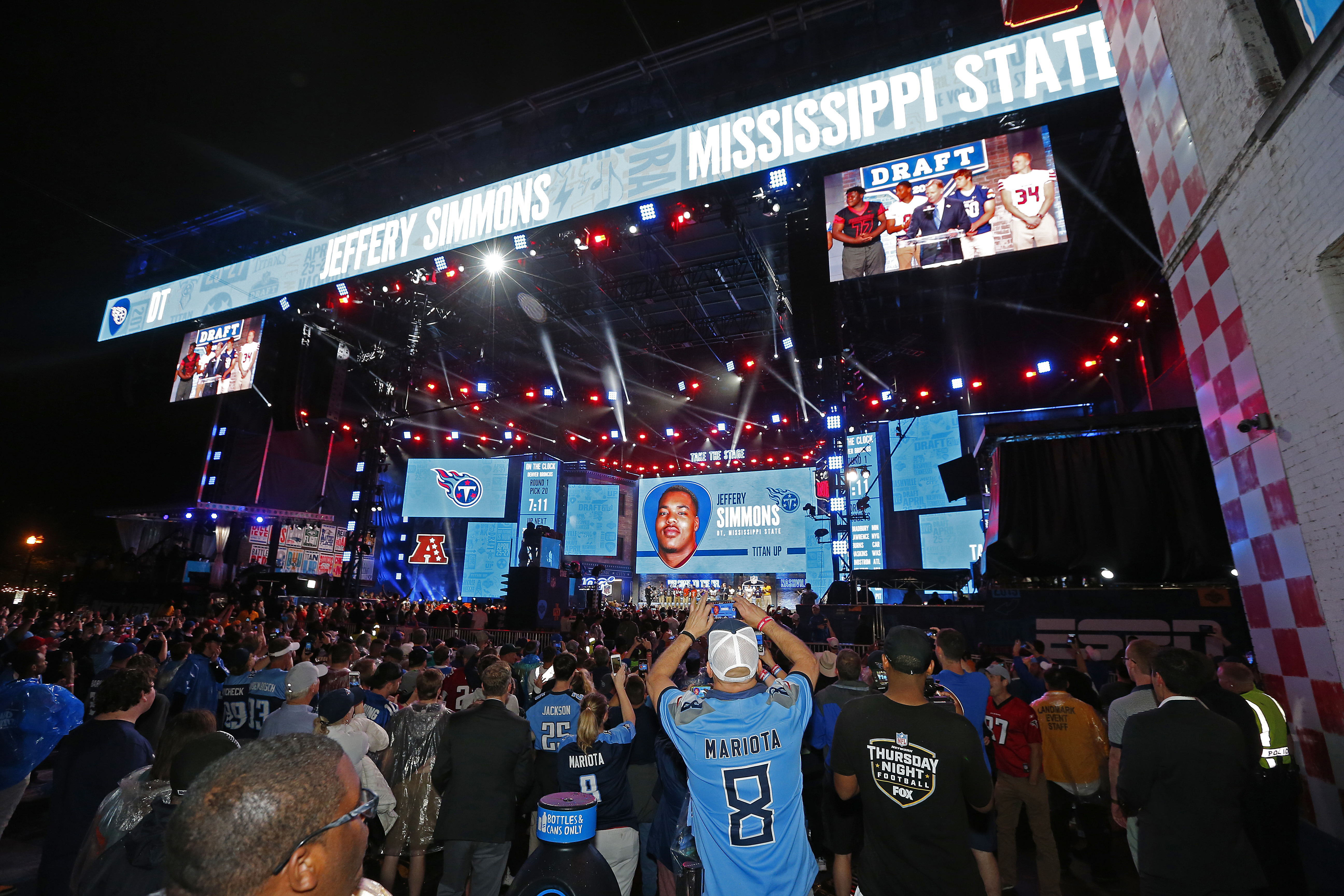 Near the stage was the NFL's command center: a 12,000-square-foot tent (photo below) set up on First Avenue, adjacent to the famed Wildhorse Saloon. This is where college players likely to be drafted in the first round waited for their call to the stage, along with their families. When their time came, players walked half a block through an enclosed corridor to the stage to be greeted by NFL Commissioner Roger Goodell, wave to the huge audience, and answer a few questions for NFL Network television with Lower Broadway as the backdrop. Nashville police estimated more than 100,000 people were in attendance on the first evening; the NFL claimed the number was closer to 200,000. 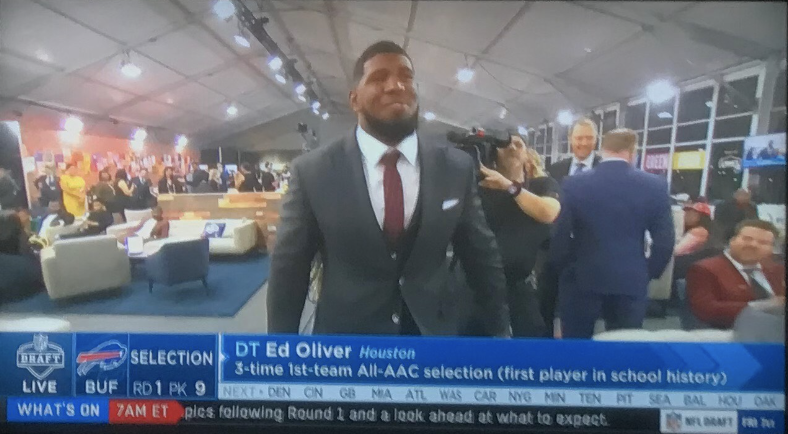 Over the weekend, the party continued at Nissan Stadium just across the river, where the NFL Draft Experience featured walk-through historical and memorabilia displays; simulated locker rooms; a mock NFL Network news desk to take selfies; immersive multimedia exhibits; and passing, kicking, running, and even tackling and touchdown-dancing contests for adults and children.