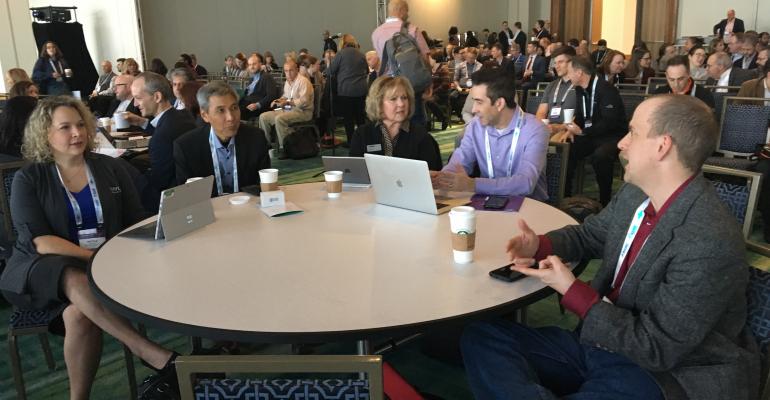 The old adage, "Good judgment comes from experience—and experience comes from bad judgment" resonates with members of the American Society of Association Executives. At the organization's annual Technology Conference & Expo in Washington, D.C. in early December, nearly 350 association CIOs and IT managers attended a closing general session known as Fail Fest, and it was one of the highest-rated sessions of the conference.

During the 60-minute session, panelists and audience members shared stories about working on projects or initiatives that didn't go as intended, and the lessons they learned about the issue they were trying to solve as well as about the process of taking initiative and ushering in change.

Reggie Henry, chief information and engagement officer for ASAE, notes that Fail Fest began at the 2017 event as just another breakout session. "The idea came out of a conversation within our technology section council about adding a session that highlights what we're always encouraging among our attendees: The willingness to try new things, fail fast, learn from it, and keep moving forward," he says. To get the session going, "a few presenters offered their failure cases from the stage and then we made it an open-mic format, and people really took to it." Attendees asked questions and made suggestions regarding the specific project, as well as about selling the ideas and managing conflicts within and outside the department. "We realized people really want to learn from others' experiences on how to try new things and what you can take away from each situation," Henry says. "When we saw that breakout room overflowing, we knew we had to expand the session."

In 2018, the session was moved to the conference's final slot to great effect—though Henry and his event planners discovered their own opportunity to learn, adapt, and improve their work. "Last year, we approached the session with the formality and production of a typical closing session," he notes. "But the audience told us afterwards that they wanted the session to be more informal and freewheeling and fun." The result: Fail Fest now uses "catch boxes," or softball-sized foam boxes containing a microphone, which can be tossed to audience members who want to speak. What's more, there's a "Failure of the Year" award chosen by the audience, which comes with a deliberately flimsy trophy. "We are definitely having fun with this," Henry says. "It really adds to people's willingness to participate."