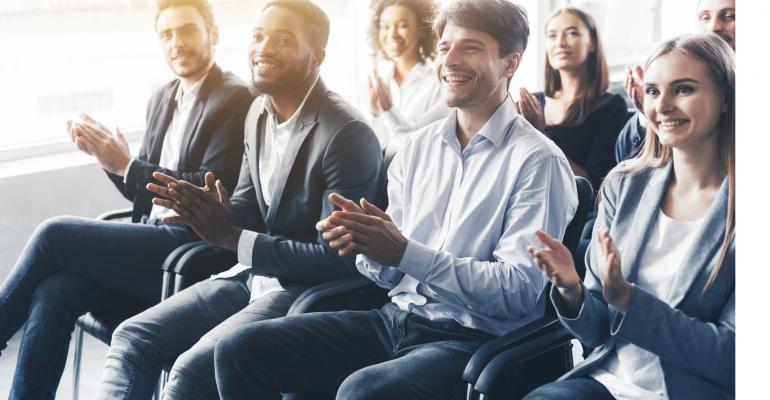 An industry expert dispels the design and budget myths that are holding your conference back.

Much like the Loch Ness Monster, there are some myths that linger on without evidence for years and years. Timothy Simpson, brand and creative engagement strategist at Maritz Global Events, explained in a recent webinar why questioning some event design myths can free meeting planners to create better, more engaging events without necessarily increasing their budgets or harming sponsorship opportunities.

The first myth Simpson addressed is that “guests love an odyssey of events and activities.” Maybe some of them do, but according to Simpson, one Maritz client found that attendees were dissatisfied with the 250 educational sessions spread across a three-day event. Not dissatisfied because their topics were not covered, but because of the angst the attendees suffered each day deciding which sessions to miss in order to attend others. The convention increased the number of educational offerings to keep pace with a competing event until it had entered what the client called “Incredible Hulk mode,” and the attendees were left feeling that they had missed out on so much, rather than appreciating what they were able to learn.

Simpson said that when conferences expand their offerings, it is usually for a good reason. They may add educational sessions to attract young attendees or increase networking opportunities because sponsors and exhibitors want more leads, but the overriding motivation should be to make the event more purposeful for the attendee. To do that, Simpson suggested, event designers must focus on giving attendees time for the three Rs:

• review what they have learned,

• reflect on what it means when they return to the office, and

• respond with strategies to implement the knowledge while the information is still fresh.
Maritz helped the client determine the true educational preferences of its attendees and cut out the sessions that were giving them a severe case of FOMO.

Low-Budget Impact
Another myth busted by Simpson is that big ideas can only be realized with Mount Olympus-sized budgets. He gave two examples of clients implementing no-cost ideas for more successful events, one that used novelty and the other storytelling.

One client found that the last day of an annual sales conference was an emotional low point for the 60 attendees, and it colored their memories of the otherwise successful event. Instead of having the attendees drift off to the airport, the client introduced a novel leaving experience, where the company executives gathered in the hotel lobby to formally say goodbye to each guest. The executives presented each attendee with a handwritten thank you note describing something the attendee had accomplished or a memory of their time together. The experience immediately became a highlight of the sales conference and cost nothing except for the time the executives spent writing the notes.

Another client wanted to create an emotional connection with attendees to drive deeper loyalty and grow relationships. To do that, instead of beginning the executive team members’ presentations with a slide show of charts and graphs, each presenter began with a personal story tied to the theme of the event. There was no impact on the budget, but the audience was immediately more engaged, Simpson said.  Storytelling triggers empathy and other emotions, which in turn make the experience more memorable and interesting. Attendees whose attention has been grabbed by a story are more likely to pay attention to and remember the charts and data that come later.

Simpson busts six other event design myths in the webinar, 8 Common Myths of Event Design and helps planners make an important distinction between best practices and best principles.  Planners can earn one clock-hour toward CMP certification or recertification by listening to the full hour.