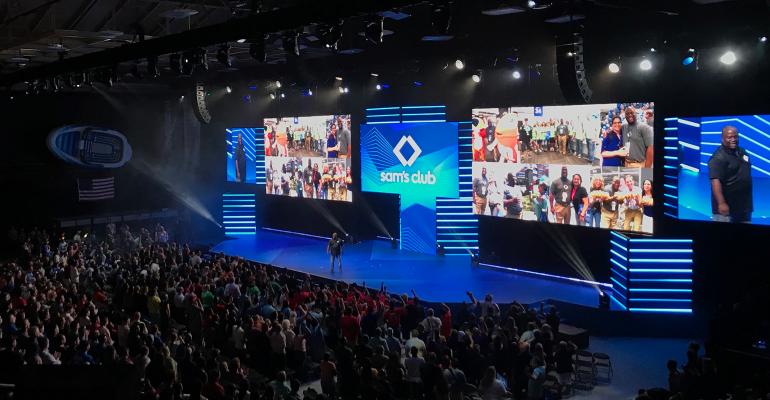 Planning for Sam’s Club: A Raucous but Personal Event

One attendee segment of Walmart’s Associates Week and Shareholders Celebration has a reputation to uphold, and planning its day-long gathering requires some creativity.

For three days in June, MeetingsNet writer Rob Carey made his way through Walmart’s 2019 Associates Week and Shareholders Celebration in Fayetteville, Ark., taking in the various events to learn how the extravaganza is coordinated and what the participants experience. The result is this five-part series.
Walmart, Part I: Way Outside the Box (Store)
Walmart, Part II: At the Intersection of Strategy and Logistics
Walmart, Part III: Planning for Sam’s Club: Raucous but Personal
Walmart, Part IV: An Open Field and a Parking Garage: Walmart’s Creative Expo and Meals
Walmart, Part V: Event Feedback and Next Steps

Walmart’s Associates Week and Shareholders Celebration has three main audiences, each with its own breakout event: domestic Walmart associates, international Walmart associates, and Sam’s Club associates. The latter is the smallest of the three, but the group is known as the most effusive, and its two-hour meeting is meant to reinforce and leverage that abundant enthusiasm in addition to showcasing the brand’s latest initiatives.

Walmart’s planners use Barnhill Arena at the University of Arkansas for the event. It’s more intimate than the 14,000-seat Bud Walton Arena that hosts many of the biggest events of the week, but Barnhill gets its own impressive stage and technical setup from production agency LEO Events.

Dacona Smith, COO of Sam’s Club, led this year’s event with the help of Justin Flom, a celebrity magician and MC whose illusions involving randomly chosen associates served as enthralling transitions between event segments. “Our goal for the associate meeting is to bring our strategy to people in a way that connects with their day-to-day jobs,” Smith said. “So, at this meeting we focused on ‘people, product, digital,’ with the last part related to our growing e-commerce initiatives.”

For the product segment, Smith gave the green light to a few games of Family Feud, where associates from one region faced off against those from another to demonstrate their knowledge of products and customer preferences. With the audience yelling out possible answers to every question and cheering when an answer appeared on the board, it was clear that the game met its objective. 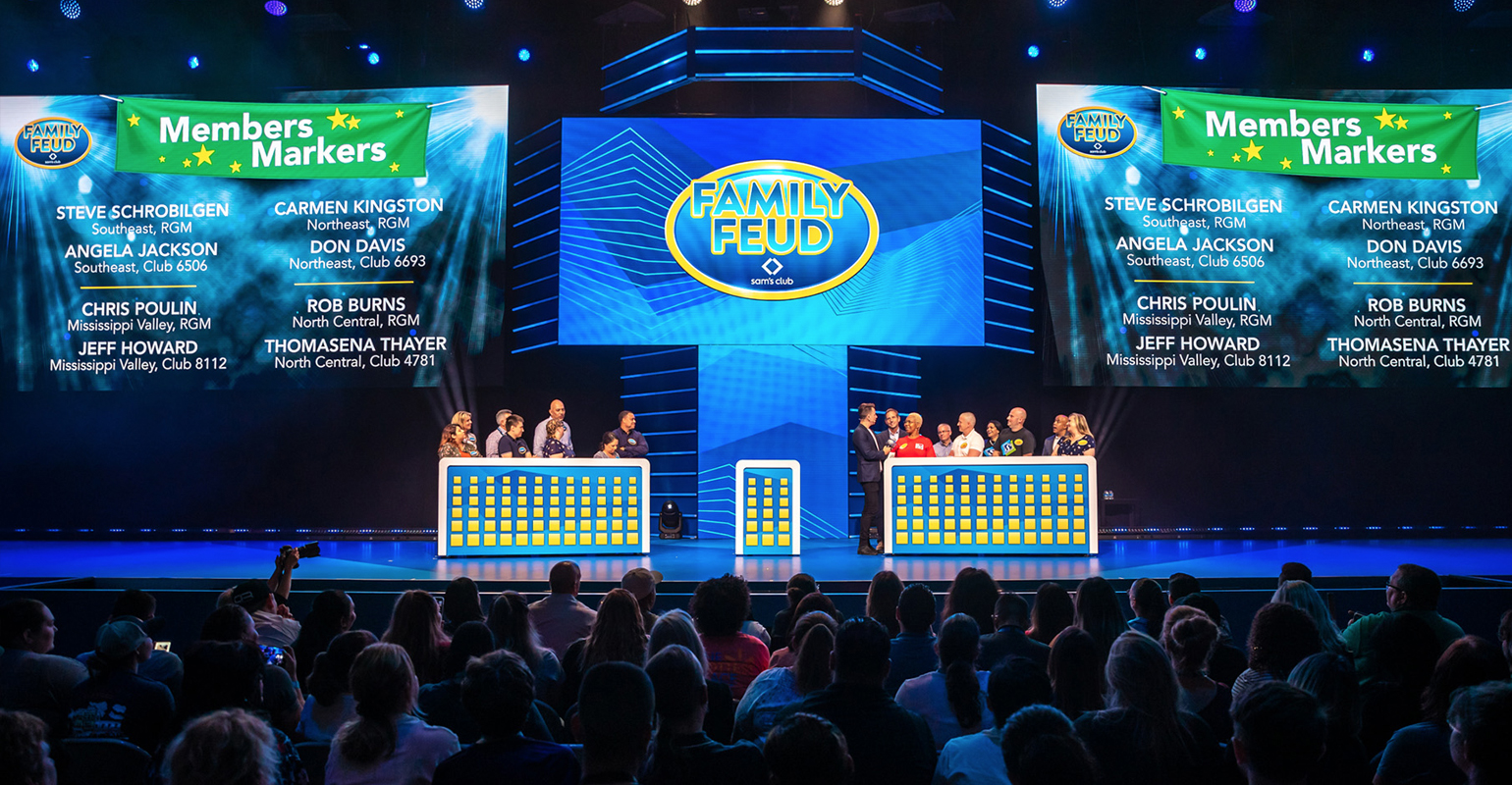 Even so, the people element is the centerpiece of each associate meeting, and the Sam’s Club version was particularly moving. First, Smith announced early in the show that each associate in attendance would receive a free Sam’s Club Plus membership, valued at $99. Raucous applause and coordinated cheers from each region ensued. And near the end of the meeting, one longtime Sam’s Club associate who beat advanced cancer told the story of how coming to work to be around her colleagues and assist customers from the community helped her make it through her ordeal. As she finished and Smith hugged her on stage, there were no dry eyes in the arena. “All our associates are going to have some folks in their own club with some type of life challenges,” Smith noted. “We emphasize how we can take care of each other, and the effect it can have on all of us. And we want them to take that idea back to their coworkers.”