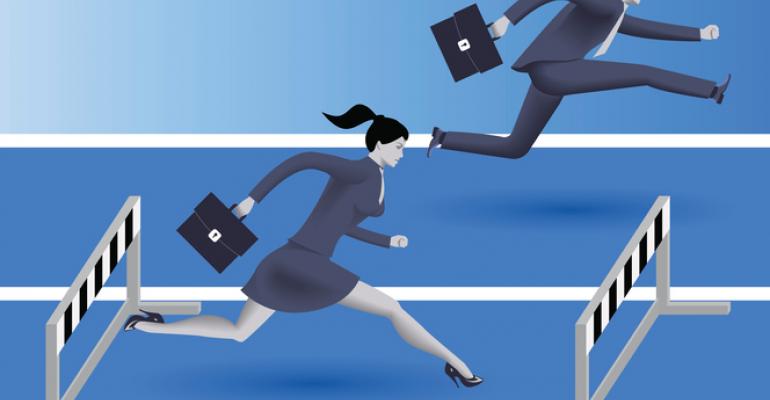 Why I Don’t Let Gender Bias Get in My Way

I am a business owner. A leader. An expert. I’m also a woman, and I feel that matters, but I also feel that it doesn’t. Let me explain.

I’m the owner of a successful audiovisual company. This sector of the meetings industry is especially male dominated. I knew that from the start, and went into this business with my eyes wide open.

I know bias exists, and I don’t believe there is ever going to be a world that is completely free of it. I’ve absolutely been treated differently because I’m a woman. People call me “baby,” and say things like, “Excuse us while we geek out” or “I’m sure this is boring you.” I don’t let it get to me though. In fact, I find it entertaining, especially when I see the look on their faces once they figure out my role as AV partner and start backpedaling. If I didn’t have the chops to handle it, I wouldn’t be where I am today.

In the world of business, we don’t have to “play like men” or “play like women.” We have to play like businesspeople. Businesspeople have ideas, thoughts, concerns, negotiations, values, ethics, and a bottom line. I am a businessperson first and foremost.

If my being a woman naturally makes me more compassionate and adds a heightened emotional quotient to my leadership, then awesome! I’m not going to deny that, and in fact, I’ll let that work in my favor. I believe it can be advantageous to be the woman in an all-male boardroom. My innate ability to multitask and to think through an idea from beginning to end gives me an edge. But other parts of my personality are more typically attributed to males. It’s who I am, and I make no apologies.

That said, while I root for women and men alike, it is always especially exciting to see a woman succeed in the industry. I root for women the same way I root for my alma mater. It rocks to see your school, your team, your company, yes, even your gender come out on top, especially when they’re the so-called underdog. So yes, I’m going to celebrate women’s achievements, but I’m never going to let gender bias hinder me.

While I think it’s a valiant and worthy effort to try to overcome gender bias—to be better humans, neighbors, friends, co-workers, and leaders—business is business. You have to look past the bias—be the expert. Be who you are. Own it.