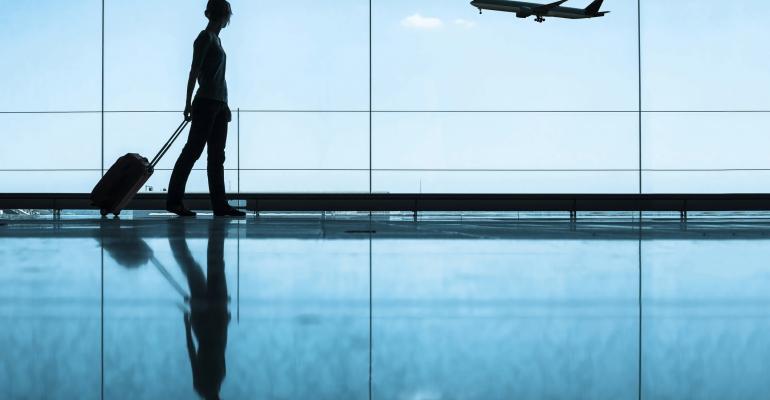 Late in the afternoon of Friday, January 27, President Trump signed the executive order, Protecting the Nation from Foreign Terrorist Entry into the United States. The order contained provisions affecting "immigrants and nonimmigrants"—refugees, green card and visa holders, and dual nationals traveling to the United States, and also people with transit visas attempting to pass through the U.S., from Iran, Iraq, Libya, Somalia, Sudan, Syria, and Yemen.

The immediate response to the 90-day hold for citizens of the seven countries and 120-day hold for all refugees—the ban on refugees is indefinite in the case of Syria—has been widely reported. Travelers with documentation from these countries were held at airports or refused access to planes traveling to the United States, large-scale demonstrations took place outside major U.S. airports, and litigation has been brought against the executive order.

Travel Disruptions Among the Short-Term Effects
Meeting and hospitality consultant Joan Eisenstodt points out demonstrations at airports are already making travel chaotic. The ban has also put airlines in the position of policing this new policy and increased pressure on immigration officials carrying it out, which could slow down passport control for other travelers entering the country. Some planners worry that Americans traveling abroad may be affected by retaliatory bans from the targeted nations.

David Scowsill, president and CEO of the World Travel and Tourism Council (WTTC) issued a statement saying the travel ban goes against the fundamental right of freedom to travel. He said, “None of the shocking domestic incidents in the U.S. since 2001 have been attributed to external terrorists who have specifically flown into the country to commit an atrocity. Preventing ‘aliens’ from entering the U.S. for legitimate business or leisure purposes is misguided and counter-productive for the American economy.”

The American Society for Association Executives President and CEO John Graham, FASAE, CAE, gave MeetingsNet this statement concerning the executive order: “While ASAE supports strong screening of travelers entering the U.S., it’s clear that this order was too hastily enacted, sparking chaos and confusion across the world. Not only does it concern us in terms of the impact on international attendance at association meetings and conferences, it raises questions about whether we are making policy as a nation based on religion.  ASAE urges the administration to clarify the intent of this order and confirm our nation’s commitment to equality and humanitarianism.” Click here to read the full statement.

Potential Longer-Term Ramifications
In the long term, the executive order could have far-reaching effects on doing business in the United States. Eisenstodt says, “The implications for travel, tourism, and meetings of the Presidential Executive Order are immense. I've heard from colleagues that they are uncertain how to handle speakers or meeting participants who were to come from the countries under this order.“

She gives the example of a dual Yemeni-Russian national scheduled to come to the U.S. but is now unsure over his visa status. By revoking visas already issued to travelers the executive order creates uncertainty, and potentially, hostility in the international community.  Eisenstodt says, “I think many international travelers will bypass the U.S. for business and vacation trips in fear of ‘who is next,’ and because they (like many of us) are angry at this violation of laws in place.”

Currently, parts of the executive order have been stayed by legal action and it is only in effect at certain airports. U.S Travel Association President and CEO, Roger Dow, released a statement on the executive order asking the new administration to “conduct this review [of visa issuance protocols] quickly” to resolve the situation.

Attorney Lisa Somers Devlin cautions that the terms of the executive order are still unclear. She says, “There are a lot of unanswered questions and the situation is moving very quickly.” She adds, “Many people are going to be impacted on many levels by this, people traveling on certain visas who have booked hotels, people traveling to conventions for business. It could have a huge financial impact on the country.”

Eisenstodt believes this executive order will have particular consequences for the meetings and travel industry. “Someone said this is [solely] a political issue. I say it's not—it's a policy that impacts all we do in hospitality—those who work in hotels and at venues, those who travel for work.”

A Trump Presidency Will Bring Significant Changes for Healthcare
Nov 16, 2016