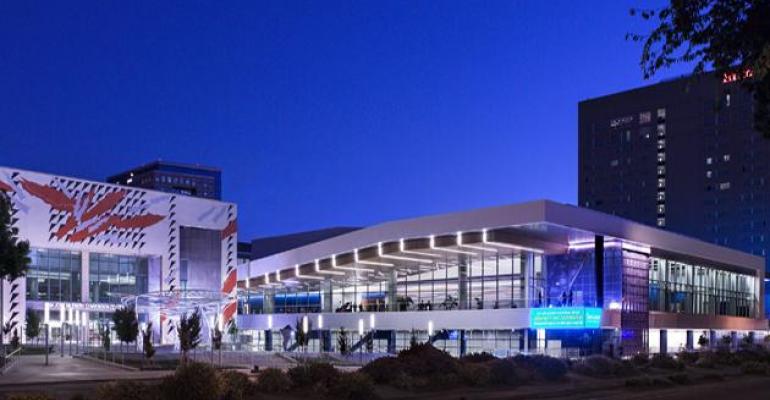 City officials marked the grand opening of the new and expanded McEnery Convention Center in San Jose with a free Community Day celebration on October 10.

Local residents got the first peek at $130 million worth of improvements that went into the center, including a 125,000-square-foot expansion. The center now has 550,000 square feet of meeting and exhibition space.

The facility also features a revamped lobby where convention attendees can plug in and network between sessions, a new networking lounge, more breakout rooms, technology upgrades, and a new open plaza at the entrance, which can be used for networking and outdoor events. The Idea Tree, an interactive and technology-driven public art display, greets visitors at the convention center entrance.

“The remodeled convention center will attract bigger events and ensure that Team San Jose clients will keep returning and growing with us,” said Karolyn Kirchgesler, Team San Jose’s CEO. Team San Jose, which markets and runs the center, has already secured 178 new events in the expanded space, a third of which are new to San Jose.

Team San Jose introduced its new “Here” advertising campaign at IMEX America, October 15–17, in Las Vegas, reminding groups they can “get everything they need ‘here’ in San Jose.”