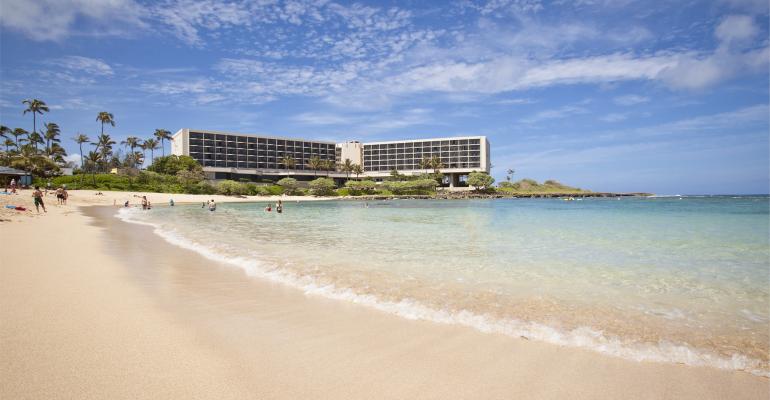 The Turtle Bay Resort on the North Shore of Oahu in Hawaii is undergoing a renovation of all 443 of its guest rooms.

“The guest rooms will be redesigned to have a contemporary, beach-house feel, authentic to the North Shore," said interior designer Lisa-Maria Priester of WCIT Architecture. "Typically, a Hawaiian home is light and airy, done in a neutral palette because with scenery like we have here, especially on the North Shore, the accents are the views. As with our design of the recent lobby renovation, the new guest rooms will inspire a casual, hip sophistication with subtle accents of island and Hawaiian motifs custom designed exclusively for Turtle Bay Resort." The feature new bedding, furniture, and remodeled bathrooms with walk-in natural stone showers.

The guest rooms, all of which have ocean views, are being renovated in phases to minimize the impact on guests. Some of the renovated rooms are now open and all will be finished by early 2014.

Other enhancements include a Green Roof Project—a 59,000 square foot plant and rock garden built on all lower rooftops to be implemented throughout 2014.

Also in April, the newly expanded 11,000 square foot Nalu Kinetic Spa, opened—twice as big as it was.

0 comments
Hide comments
RECOMMENDED FOR YOU
Inside the Asia-Pacific Cooperation Summit in Hawaii
Dec 01, 2011
From Fries to Fords: Hawaii Hotels’ Cooking-Oil Recycling Continues to Grow
Feb 27, 2012