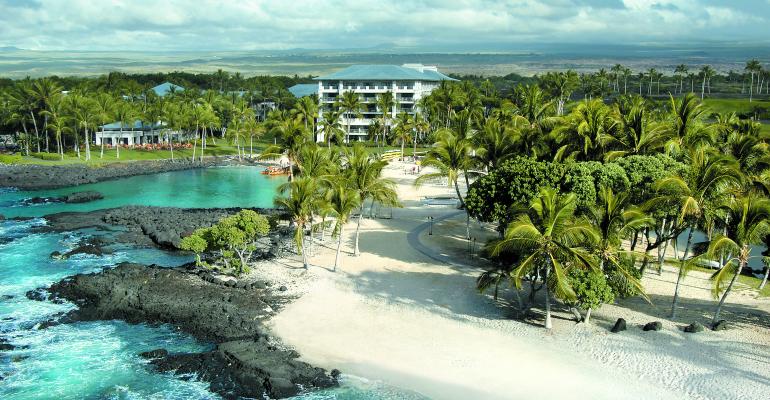 On Location: Hawaii, a Meetings Laboratory

Lush beauty may be the No. 1 draw, but groups also choose Hawaii for its unique landscape and ecosystems, and mid-Pacific location.

Hawaii is a natural as a leisure destination, but many of the same qualities that appeal to vacationers make it ideal for meetings and conventions as well—particularly for groups with members on either side of the Pacific. Its abundant air service from Asia and North America, ample and well-appointed hotel and meeting facilities at a variety of price points, year-round mild weather, spectacular natural wonders, central Pacific location, and aloha hospitality all draw groups to the islands.

The Hawaii Convention Center, in Honolulu, is arguably the most international convention center in the U.S., with 30 to 40 percent of its bookings coming from groups based in Asia. Science, medicine, and technology events are the most common.

“There’s no getting around the destination,” says Randall Tanaka, interim general manager of the HCC. “We have sun, sand, and surf. But we also have the best place to engage Asian attendees.”

For many scientists, the Big Island of Hawaii, in particular, offers a hands-on, real-life laboratory. Among its best-known features is Mauna Kea. At nearly 14,000 feet, the mountain is a premier site for astronomy and home to 12 telescope facilities. One of them, the W. M. Keck Observatory, recently celebrated its 20th anniversary with a science meeting that drew a worldwide audience; one evening during the event featured a live satellite feed to the meeting site, the Fairmont Orchid, from inside the observatory.

The science-minded will also be intrigued to learn that nearly all the climate zones on the planet can be found the Big Island, as well as Kilauea, the world’s most continuously active volcano; many rare birds and plants; unique marine life; and pristine coral reefs. The island is also home to a variety of alternative and renewable energy development facilities, which generate about a third of the island’s power.

Hotels on the Big Island are well equipped to handle groups, and planners will find a concentration of lodging on the sunny Kohala Coast, where developers have transformed the harsh, volcanic landscape into green golf courses, tropical gardens, and pools.

A standout is the Fairmont Orchid, which sits on 32 lush acres, with a protected beach and croquet and bocce lawns that can be reserved for groups of up to 3,000. The 32,000 square feet of indoor meeting space includes a 14,000-square-foot ballroom and a 128-seat theater. The Fairmont’s “spa without walls” offers treatments in outdoor cabanas, with birdsong and rushing waterfalls as a backdrop. Most of the 538 elegant-yet-casual guest rooms were renovated in 2012; the remaining rooms are scheduled for makeovers this year.

A few miles south along the coast, groups at the 555-room Marriott Waikoloa Beach enjoy a golden sand beach, historic fish ponds, and walking distance access to golf as well as shopping and dining at two small shopping centers. The property includes 28,000 square feet of event space, including a 12,150-square-foot ballroom and 16 breakout rooms.

South of Kona, the Sheraton Kona Resort & Spa recently completed a $20 million project that modernized its 509 guest rooms and suites and refreshed the public areas. The resort’s 17,000-square-foot convention center was also updated, including its AV equipment and banquet furniture.

Volcano House Hotel Reopens on the Big Island
May 30, 2013