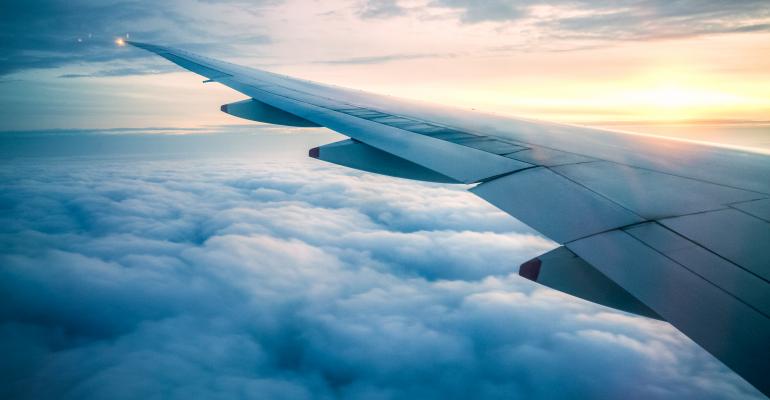 Air Travel and the Environment: Offset Your Flights

Earth Day 2019 highlighted the commitment the meetings industry has made to conducting business in a socially responsible and sustainable way. Planners and organizations have pledged to avoid single-use plastics, released new industry guidelines, and shared ideas.

But there is one aspect of face-to-face meetings that is unquestionably bad for the environment: It involves a lot of travel, much of it by air. The newest airliners are much more fuel efficient than the commercial jets of the 1960s and '70s. For example, the Airbus 380 consumes roughly 10 gallons of jet fuel per nautical mile and can carry up to 850 passengers, meaning that it travels potentially 95 miles per gallon per person. Compare that to the 54 miles per gallon a Toyota Prius gets and you could say your conference attendees are traveling more efficiently than if they were at home. Except, of course, that they are traveling much longer distances; for instance, the flight from New York to Las Vegas is more than two and a half thousand miles.

According to the Airline Transport Action Group,  a nonprofit airline association, flights produced just two percent of the carbon dioxide released into the atmosphere due to human activity in 2017. But in real terms, that means 859 million tons of the 40 billion tons overall. That’s a lot of CO2.

The International Civil Aviation Organization estimates that there were 3.7 billion air passengers in 2016; that figure is predicted to rise to 7.2 billion by 2035.

So, other than restricting flights, what can be done to cut travel industry CO2 emissions? Beginning in 2007, Delta Airlines began a carbon offsetting program through the Nature Conservancy, and many airlines still participate in this type of program. The airline industry as a whole has established a Carbon Offsetting and Reduction Scheme for International Aviation, and in March of this year announced the creation of a technical advisory committee to help airlines comply with United Nations fuel efficiency and carbon standards.

But individual travelers can also offset their own carbon contributions through various organizations, including:

Some of these sites, such as CoolEffect, have easy-to-use calculators to estimate the amount an individual must invest in projects such as forest conservation or subsidizing the construction of wind energy turbines in order to offset each specific flight. For example, a recent roundtrip flight from New York to the United Arab Emirates would require a $36 investment to offset the CO2 produced by one traveler. Other sites require users to calculate their own carbon footprint and invest accordingly. The World Wildlife Fund has a handy calculator here.

Here are some suggestions for meeting planners to pass along to attendees or implement when booking flights for VIPs.