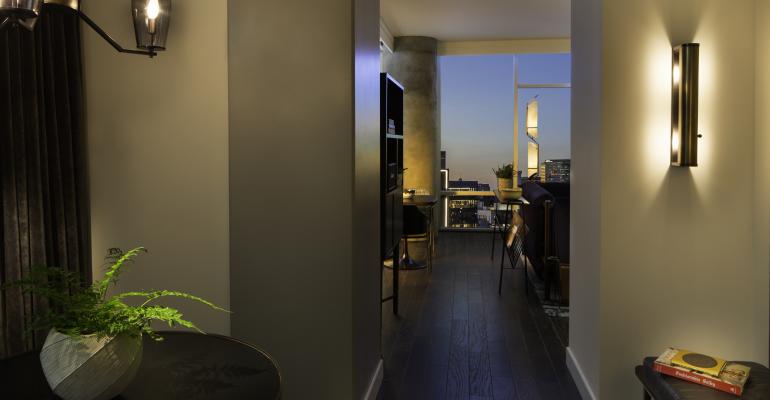 Just a week after the opening of the 454-room Westin Nashville, another property began welcoming guests in the high-demand Nashville hotel market. October 20th was the official opening date for Thompson Nashville, a 224-key luxury boutique in the heart of The Gulch, an urban neighborhood between downtown Nashville and Music Row.

The property is less than a mile from the 2.1 million-square-foot Music City Center, which opened in May 2013, but also has 6,185 square feet of meetings and events space of its own, including three dedicated rooms and a 1,219-square-foot outdoor terrace. The floor-to-ceiling windows in the meeting space are also found in the fashion-forward guest rooms. The luxury guest rooms and suites, decorated with custom rugs and wood accents, include a fun local touch: a custom cocktail in the minibar from WithCO, a newly launched Nashville cocktail company.

In Nashville, Westin to Open Next to Music City Center
Mar 31, 2016

Coming Soon: The Funkiest Hotel Brand on the Planet
Sep 28, 2016