Whether you’re looking for a new home for a sun-loving incentive group, a brand-spanking-new ballroom in downtown D.C., or a sure-to-be-hot luxury boutique in Vegas, 2014 is going to be a great year to book meeting space.

Here are 15 properties opening in  the coming year—new construction and major reflaggings—that meeting planners will want to keep an eye on. 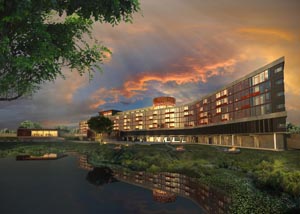 A new central Florida golf and meetings destination, Streamsong Resort will open its main lodge January 19. Located southwest of Tampa and north of Ft. Myers near Fort Meade in Polk County, the lakeside, 16,000-acre property features two golf courses—Streamsong Red and Streamsong Blue—that have already won acclaim from GOLF magazine. Built on 2,000 acres of sand dunes—some 75 feet high—left over from an old mining operation, the hilly, sandy courses are unlike any other in Florida. Group space at the property includes 24,600 square feet in the lodge, 4,500 square feet of banquet space in the clubhouse, and 40,000 square feet in outdoor venues, including a rooftop terrace. Recreational activities include sporting clays, bass fishing, tennis, an infinity pool, and a grotto-style full-service spa. 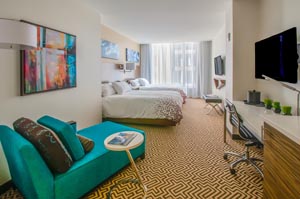 The Colorado National Bank building, a 1915 Greek Revival landmark in downtown Denver, will reopen early this year as the Renaissance Denver Downtown City Center. The luxury hotel is in the city’s financial district, three blocks from the Colorado Convention Center and a half-block from the 16th Street Pedestrian Mall. Developers have restored and highlighted many elements of this National Register of Historic Places structure, from the white marble exterior columns to the bank vaults—complete with the original 33-inch-thick steel safe doors—that have been reborn as boardrooms. The hotel’s lobby features 16 restored murals by western painter Allen Tupper True. 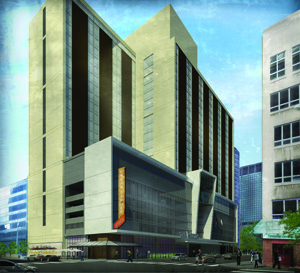 Groups headed to the recently rebuilt Cleveland Convention Center will have a new property to choose from in April when The Westin Cleveland Downtown opens after a $64 million renovation of the former Crowne Plaza Hotel Cleveland City Centre. Just half a block from the convention center, the Westin has 484 rooms, many with views of Lake Erie, and 20,000 square feet of meeting space, including a 9,000-square-foot ballroom. Other pluses: a 3,000-square-foot fitness center, complimentary Wi-Fi, and an on-site Starbucks.

Starwood’s Le Méridien brand is coming to the Chicago area with the conversion of the Renaissance Chicago Oak Brook Hotel to Le Méridien Chicago, Oakbrook Center. Located 18 miles west of the Chicago Loop, the 172-room property will have a new façade and the lobby has been redesigned in the chain’s signature “Hub” style, which incorporates large works of art, scent, and music into a creative environment. The hotel’s ninth floor will feature a new bar and restaurant concept with a variety of meeting spaces.

Charlotte’s former Blake Hotel is completing a massive renovation, which converted one tower to the Sheraton Charlotte (opened in mid-2013) and the other to Le Méridien Charlotte. The dual-hotel complex—walking distance from the Time Warner Cable Arena, the Charlotte Convention Center, and the light-rail system—will share 55,000 square feet of meeting space. 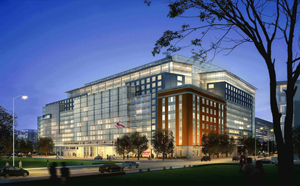 The Marriott Marquis Washington, DC may be the largest and most-anticipated meeting venue opening in 2014. The $520 million hotel, one of only five properties in the chain’s Marquis portfolio, is adjacent to the Walter E. Washington Convention Center and connects to the center via an underground concourse. The meeting space includes the 30,000-square-foot Marquis Ballroom with 22-foot ceilings, two 10,800-square-foot junior ballrooms, and a 2,500-square-foot rooftop terrace. 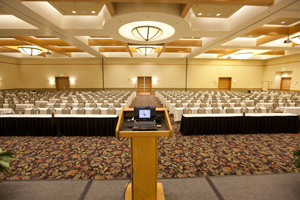 Great Wolf Resorts, which operates Great Wolf Lodge family resorts around the country, will open its 12th property in Fitchburg, Mass. The resort will feature a 68,000-square-foot waterpark and family-focused guest suites—signatures of the brand—but meeting features are being carefully considered as well. Groups will have their own entrance to the property, and the 12,000 square feet of meeting space includes a 6,050-square-foot ballroom, with three salon rooms; a 2,475-square-foot junior ballroom; and three breakout rooms. 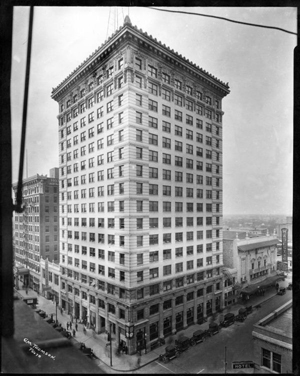 Houston’s historic Samuel F. Carter Building at 806 Main St. will be reborn in spring 2014 as the JW Marriott Houston Downtown Hotel after an $80.8 million renovation. The new 323-room luxury property is about six blocks from the George R. Brown Convention Center and across the street from the BG Group Place office tower. Amenities include a restaurant and full-service bar, a spa, health club, and an executive lounge. 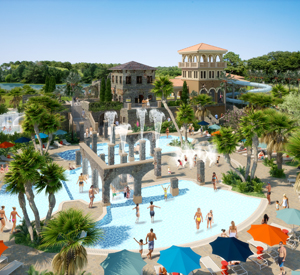 Mixing business, pleasure, and luxury, Four Seasons Hotels and Resorts is bringing its upscale brand to the Walt Disney World Resort in Florida. The property is under construction inside the gates of Golden Oak at Walt Disney World Resort, a residential community with views of the Tom Fazio–designed Osprey Ridge golf course. (The course is under renovation and will be managed going forward by Four Seasons.) The property includes more than 37,000 square feet of meeting space, including a Grand Ballroom (14,000 square feet), Junior Ballroom (6,000 square feet), nine additional meeting rooms, and two outdoor spaces of 5,000 and 7,000 square feet. Groups can also tap the Disney Event Group for special access to the parks. Amenities include an adult pool, family pool, lazy river, and a spa with 20 treatment rooms.

In 2014, THEhotel, an all-suite hotel at Mandalay Bay in Las Vegas, will be redesigned and rebranded Delano Las Vegas. The new property, a partnership between MGM Resorts International and Morgans Hotel Group, will be the second Delano-brand property in the U.S. And developers hope to bring the same “effortless luxury” of Delano South Beach to Las Vegas. The renovation begins in March with an anticipated opening in Q3 2014.

Kimpton Hotels & Restaurants is expanding into Pittsburgh with the opening late this year of the Hotel Monaco. The 1903 Beaux Arts–style James H. Reed Building, across from Mellon Square, will become the 247-room boutique hotel. Groups will find 9,000 square feet of meeting and event space and a 120-seat restaurant. 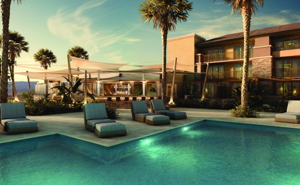 The property at 68-900 Frank Sinatra Drive opened as a Ritz-Carlton in 1988, later converted to the Lodge at Rancho Mirage, then closed in 2006. Later this year, The Ritz-Carlton Hotel Co. will once again open the doors to this luxury property in the Coachella Valley. For groups, the property will offer approximately 16,000 square feet of indoor meeting space (including a 8,400-square-foot ballroom) and 24,000 square feet of outdoor meeting space. The 244-room resort also has a 25,000-square-foot spa and panoramic views of the Palm Springs area.

The 200-room Westin Jekyll Island is a highly anticipated addition to the Jekyll Island Convention Center Complex. The property itself is planning just four meeting rooms for up to 200 attendees, but next door, the year-and-a-half-old Jekyll Island Convention Center has 78,000 square feet of oceanfront meeting space able to host more than 6,000 people. And in addition to convention center and miles of barrier beaches, guests at the new Westin will be close to the island’s Historic District, the Georgia Sea Turtle Center, and the Tidelands Nature Center.

Kimpton Hotels & Restaurants will open a boutique, luxury property in San Antonio’s Pearl Brewery development later this year. The Pearl, a 22-acre mixed-use project that already includes a campus of the Culinary Institute of America, a riverside amphitheater, and several restaurants, is on the site of a brewery that operated from 1883 to 2001.

The Westin brand will enter the San Jose market in December with a reflagging and renovation of the Sainte Claire hotel, a National Historic Landmark built in 1926. The 171-room property is across the street from the San Jose McEnery Convention Center, with 10,000 square feet of meeting space, an Italian restaurant, gym, and business center. If the Westin stays on schedule, it may be the last property to open in 2014. Its opening date is set for December 31.